Netflix (NFLX -0.27%) has increased the price of its service over the years. As recently as 2016, its most popular plan cost $8 per month, but today, that plan now costs $11 per month. In the past, management has mentioned that it can justify further price increases if it demonstrates increased value to its customers. Based on its continued subscriber growth in the United States, Netflix seems to be doing just that.

However, management also mentioned that it would consider lower prices in certain markets like India. CEO Reed Hastings confirmed that the company is starting to experiment with a lower-tier service plan priced below its current low-tier plan ($8 per month), as reported by Bloomberg. That plan may be offered exclusively to consumers in certain countries or regions and will include fewer features than the lowest-priced plans currently available around the world. 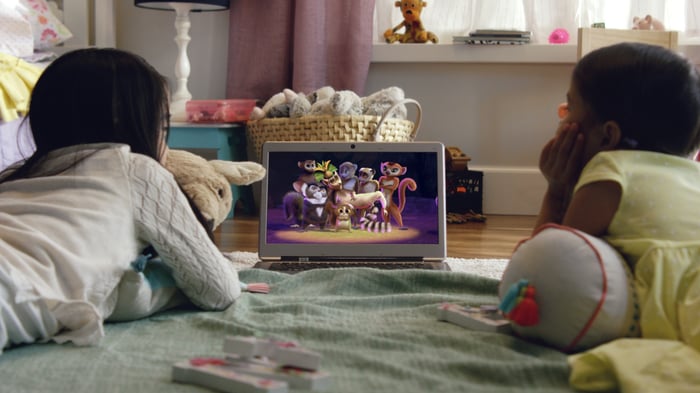 It's important to note that Netflix tries to keep its service prices consistent across all of its markets. One reason for doing this is that Netflix offers customers access to its service globally, regardless of where a user signed up. So if you're traveling outside of your home country but still want to watch some Netflix, you can.

However, if Netflix charged a lower price for its service in some countries, users could sign up for the service in the lower-priced countries and use it in their home countries. If enough people got wind of that "hack," it could have a serious negative impact on Netflix's revenue.

As a result, lower-priced subscriptions might only work in certain regions, unlike its current plans. These low-priced plans may also be limited with regard to which devices they work on. If a streaming device isn't officially available in a market where Netflix offers a lower-priced plan, that plan shouldn't support streaming on that device. The company could also limit the content available on the lower-priced plan, providing a greater incentive for users to upgrade their plan later.

Note that Netflix didn't provide any details of what a lower-tiered plan might look like. My musings above are just a few ideas that investors can expect the company to implement to reduce the negative impact of low-priced plans on average revenue per subscriber.

Netflix is facing increased competition all over the world from both start-ups and established media companies. Netflix is often one of the more premium-priced services in the markets in which it operates, but it doesn't always deserve its premium price. As the company adds more content to its library in international markets, it could eventually prove its worth to subscribers, but it risks being overshadowed by competition if it doesn't offer a competitive price today.

Why Netflix will keep raising prices in the U.S. and developed markets

While Netflix doesn't provide a premium value in all markets, it certainly does in places like the United States. What's more, customers believe that the content on Netflix is still improving. A recent survey from Piper Jaffray revealed that 71% of U.S. subscribers believed that the Netflix content library improved over the past year.

Netflix is investing heavily in marketing its original content and pushing for award nominations to bring more attention to its content library. It increased its total marketing budget by more than 50% this year.

As always, Netflix is spending a ton on new content, with around $8 billion hitting the income statement this year (and even more spent on a cash basis). Combined with marketing efforts designed to get people familiar with the company's content, the investments seem to be paying off. The fruits of these investments are seen in continued subscriber growth, even as Netflix surpasses 57 million U.S. households. For reference, that's more than 50% of U.S. households with broadband internet access.

To continue investing in content and marketing, however, Netflix eventually will have to raise its prices again. Raising prices in developed markets (where Netflix deserves a premium price) can help offset lower average revenue in emerging markets. Based on customers' improving opinion of the product in the U.S., Netflix won't have any issues raising prices by another dollar or two yet again.