What's the tech titan waiting for?

However, Apple didn't upgrade either its iMac or iMac Pro all-in-one desktop computers. 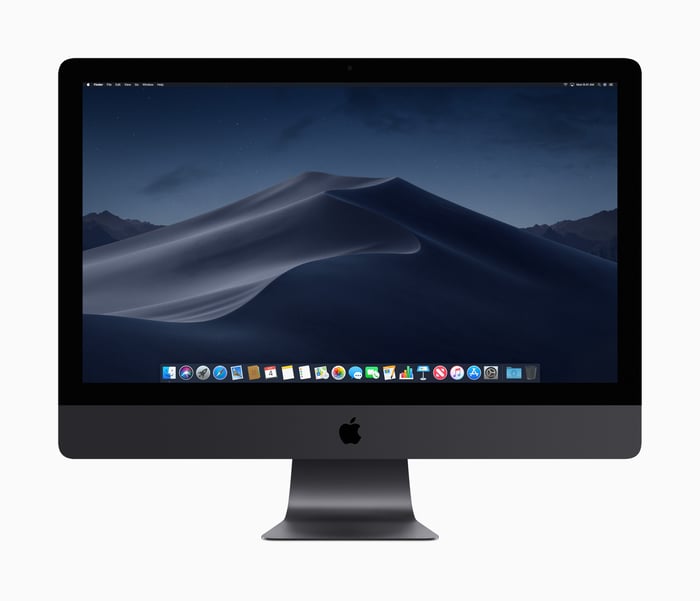 Of course, Apple isn't going to say why it didn't update certain product lines -- it generally doesn't talk about future products -- but we can try to make educated guesses. I'd like to offer mine.

The iMac needs an update

In fact, those processors are found inside of Apple's freshly announced Mac Mini desktop computers.

Since processor availability isn't the limiting factor, then assuming that Apple wanted to get an updated iMac out but simply didn't, something else must be going on here.

A little while back, respected analyst Ming-Chi Kuo with TF International Securities (via MacRumors) said that a new iMac was coming this year that would incorporate "a significant display performance upgrade."

MacRumors said that Kuo didn't "go into detail about what this [significant display upgrade] will entail."

The current iMac with a Retina 4K display is already very sharp (the name gives that away), bright (Apple claims 500 nits), and supports wide color. The main "significant display upgrade" that comes to mind is a ProMotion display (a display that supports higher refresh rates as well as variable refresh rates), like the ones found on the 2017 and 2018 iPad Pro tablets.

Perhaps producing such displays in volume while meeting Apple's desired performance requirements is proving more challenging than Apple or its display manufacturing partners had hoped?

No processor upgrade yet for iMac Pro

Apple's iMac Pro is a higher-end version of the standard iMac. One of the distinguishing features of the iMac Pro is that it incorporates Intel's workstation-grade Xeon W processors. These processors generally have significantly more cores than the mainstream desktop processors that Apple uses in the iMac.

For example, today's iMac tops out with a quad-core chip while the iMac Pro starts with an eight-core chip and can be configured with an 18-core processor.

Interestingly, while newer iMac-worthy processors are available today, Intel has yet to launch new versions of its Xeon W processors. Intel's Xeon W processors and its Core X-series processors share the same basic designs, but the Xeon W parts have some additional features enabled (e.g., support for ECC memory) and aren't unlocked (meaning that users can't manually adjust the processor speeds to levels outside of Intel's specifications).

Intel announced its latest Core X-series processors -- essentially refreshed versions of the Core X-series chips that launched in 2017 -- at an October event and the first reviews of those refreshed parts went live on Nov. 13.

An alternative explanation, then, for the lack of an iMac update could simply be that Apple wanted to update both the iMac and the iMac Pro at the same time and it couldn't do that without an appropriate Xeon W processor refresh.