Last year was a good one for General Motors (GM 4.03%). GM posted strong profits on good sales and showed that it's positioned to be a leader in self-driving and electric-vehicle technologies.

But 2018 has been a different story. GM's share price has been up and down this year, but as of market close on Wednesday, it was down about 14% since Jan. 1. 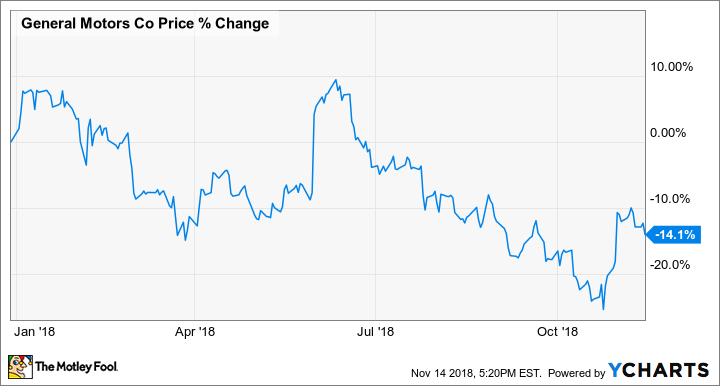 The thing is, GM's long-term story hasn't really changed since 2017. It's still posting good profits, it's making progress on CEO Mary Barra's long-term plan to boost its margins further, and it still looks just as likely to emerge as a leader in future-tech and mobility-related services. 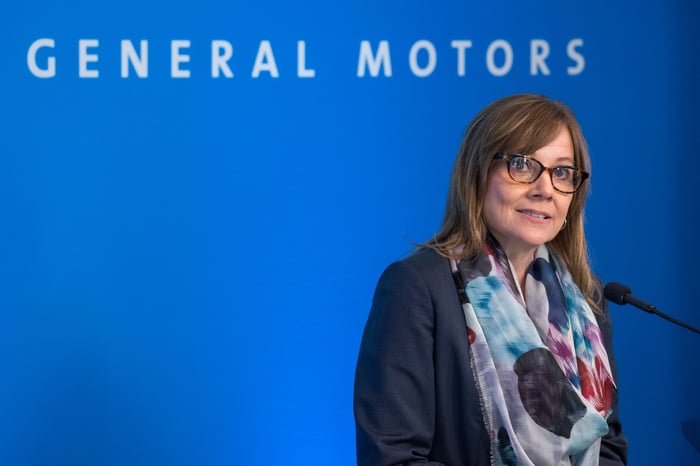 GM is facing some headwinds

Not quite. Despite the per-share gain, GM's "adjusted EBIT," or its earnings before interest and tax minus one-time items, is down this year. Through the first three quarters of 2018, GM's adjusted EBIT totaled $8.96 billion, down 8.2% from the same period in 2017. (GM has been buying back shares, meaning that its earnings are divided among fewer shares now than they were a year ago.)

The full-year profit guidance that GM gave at the beginning of 2018 was pretty upbeat: It expected its 2018 adjusted EPS to be roughly equal to the $6.62 it earned on that basis in 2017. It said that while parts of its business are growing, and the share buyback would tend to boost the per-share total, the costs of launching its all-new pickups were likely to offset those gains. (That wasn't seen as bad news, just a cost of doing business.)

But as 2018 unfolded, it became clear that GM, like its rivals, is facing some external challenges:

Those challenges led GM to revise its earnings guidance downward in July. GM now expects its adjusted EPS to come in around $6 for the full year, though it said after the third quarter that it might beat that number.

It's a tough time to be an auto investor

Of course, rising commodity costs and troubles in South America have affected most of GM's global rivals -- some to a much greater extent. But as a group, the global automakers are facing an additional pressure: It's a tough moment in the cycle.

Automakers are cyclical businesses. Their sales and profits rise and fall with consumer confidence, closely tracking economic cycles. Because automakers have such high fixed costs (factories, tooling, labor contracts), their profits tend to decline sharply or disappear during recessions.

The concern among analysts watching the sector is that the current economic expansion is very old by historical standards. There have been some signs -- rising incentives, up-and-down sales results -- suggesting that we're nearing the end of the current expansion, particularly in the U.S. and China. (Did I mention that China and the U.S. are GM's two largest and most important markets?)

In any event, we're almost certainly much closer to the next global recession than we are to the last one, and that has put pressure on most automakers' stocks in 2018. 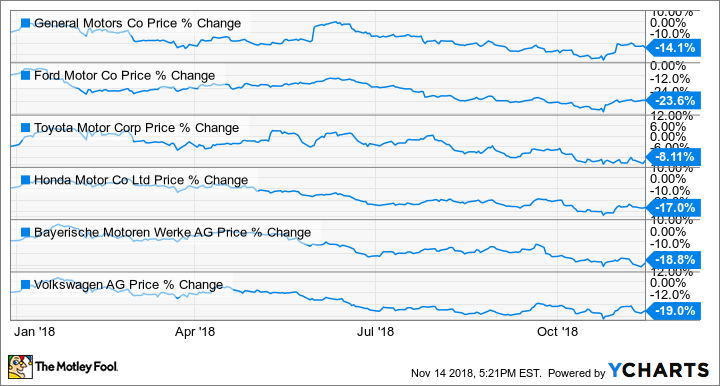 When will it get better for GM?

If the U.S. economy stays fairly healthy, and China doesn't slip too much further, 2019 could be a good year for GM. It has several initiatives underway that could start paying off next year:

The real answer is that GM is executing well and stands a good chance of posting profit growth in 2019 -- if (and that's a big "if") external factors, particularly the economies of the U.S. and China, don't offset its gains.