California wildfires could cost this utility billions of dollars more than it's insured for.

From the time the "Camp Fire" wildfire first broke out in California last Thursday, through close of trading on the NYSE Tuesday, local electric utility PG&E Corporation (PCG 2.60%) lost 32% of its value. Today, the stock fell another 32% in early trading before recovering to trade down "only" 23.8% as of 2:50 p.m. EST.

What caused PG&E's stock losses to double? Late yesterday, PG&E filed an 8-K form with the SEC advising it, and PG&E's investors, that on Nov. 8 -- the date the Camp Fire began -- PG&E

submitted an electric incident report to the California Public Utilities Commission ... indicating that on November 8, 2018 at approximately 0615 hours, PG&E experienced an outage on the Caribou-Palermo 115 kV Transmission line in Butte County. In the afternoon of November 8, PG&E observed by aerial patrol damage to a transmission tower on the Caribou-Palermo 115 kV Transmission line, approximately one mile north-east of the town of Pulga, in the area of the Camp Fire. This information is preliminary.

In other words: The time of the Camp Fire's breakout and the time of a short circuit in PG&E's equipment appear to have coincided. 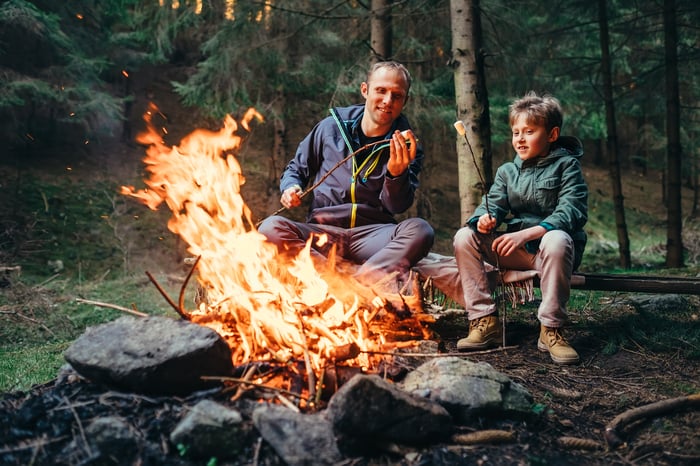 Which of these incidents was the cause, and which the effect, remains to be seen (although lawyers are already filing their lawsuits, so you can guess their read on the situation).

What is all too clear is this: In describing the coincidence of the two events, PG&E thought it prudent to also advise investors that "if the Utility's equipment is determined to be the cause [of Camp Fire] the Utility could be subject to significant liability in excess of insurance coverage." In that regard, PG&E has taken out "approximately $1.4 billion" in insurance against losses from Camp Fire.

Reinsurancene.ws, however, thinks Camp Fire could result in greater losses than were incurred in last year's Tubbs Wildfire, "which is estimated to have cost insurers and reinsurers as much as $8 billion."