Please ensure Javascript is enabled for purposes of website accessibility
Log In Help Join The Motley Fool
Free Article Join Over 1 Million Premium Members And Get More In-Depth Stock Guidance and Research
By Nicholas Rossolillo - Nov 19, 2018 at 8:00AM

Excluding buying something secondhand, that is.

Black Friday shopping deals have arrived, which means now's a great time to go shopping if you're in the market for a new phone. Of course, the cheapest deals out there can be found going the used or refurbished route, but that isn't the only way to score a cheap smartphone.

Buying from a carrier

If you're switching to a new mobile service, starting a new phone line with your existing plan -- or trading in an old phone -- mobile carriers always get aggressive trying to earn your business this time of year.

AT&T (T -0.82%) is running a similar deal on Samsung devices, offering a second Galaxy Note9 at 75% off with a purchase. A new iPhone purchase comes with a $700 credit toward a second one. The company is also offering a $200 credit with the trade in of an eligible phone. T-Mobile and Sprint are both running similar offerings on Android and iPhone devices.

The catch with all of those deals is you have to be a new customer, or an existing one adding another line. All of them also require signing up for monthly payments, and the phone you receive is locked in at the carrier you buy it from. If you want an unlocked phone, used at whatever phone company you choose, there are better deals out there if you're willing to plunk down some cash upfront.

Buying from the source

Over at the Google store, there's a deal to buy one and get another 50% off on the Pixel 3 and Pixel 3 XL. Last year's flagship model, the Pixel 2 XL, is starting for $699. That's $150 off the original price. Plus, trading in your old phone will get you up to $400 in credit. Your new Pixel can be selected as an unlocked phone, usable at any carrier.

The Samsung and Apple stores aren't nearly as aggressive in pricing, but a new Galaxy phone or iPhone purchase could get you up to $300 or $500 off, respectively, with a trade-in.

You can get the best deals by buying the previous year's phones. You can still find new ones on Amazon.com, Best Buy, or your favorite online retailer.

If you're an Apple user, a new iPhone 8 or iPhone X from last year is at Best Buy for $100 off the original price. If you go back two years to the 7, Best Buy still has a few for $500, a discount from the original $770 going price. 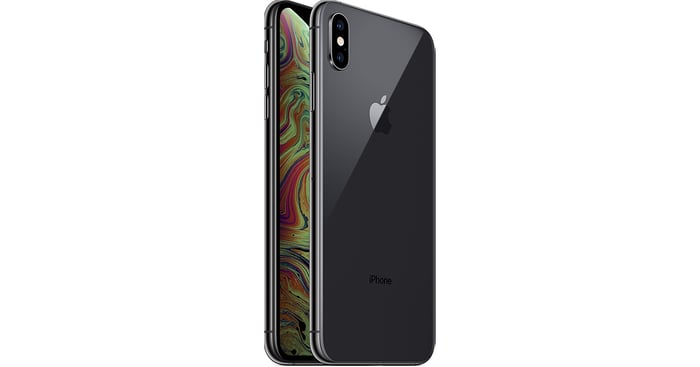 Same goes for other brands. The further back you go, the bigger the discount on the phone. Over at Amazon, new original Google Pixel and Pixel 2 phones are going for up to half off the original price, as are Galaxy S7 and S8 phones.

It may not be the latest and greatest hardware, but the general rule of thumb is the "older" the new phone is, the bigger the discount. The catch is you'll need to lay down the money upfront -- but a fully unlocked phone usable at the mobile service of your choice, no trade-in required, and at a steep discount, can be yours.