There's still time to feast on these stock behemoths. 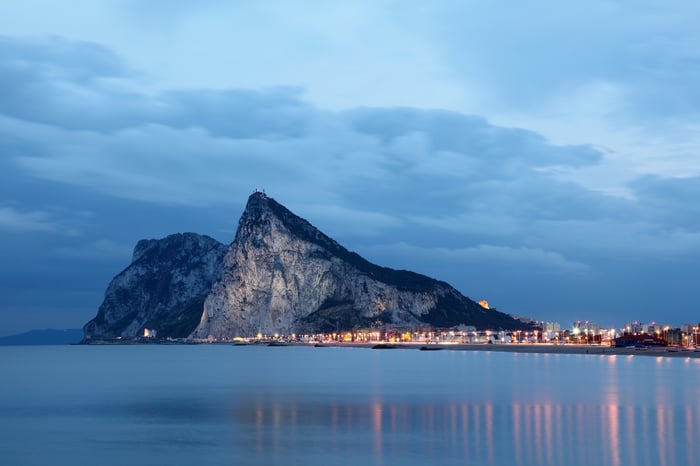 George Budwell (AbbVie): AbbVie, the maker of the world's best-selling medicine, Humira, has had a particularly rough year in 2018. Despite strong earnings over the course of the first nine months of the year and management's decision to up the company's top-flight dividend yet again during the most recent quarter, AbbVie's stock has now fallen by nearly 18% this year.

The drugmaker's stock is thus trading at a mere nine times forward-looking earnings. That's a dirt cheap valuation for a company that's both a Dividend Aristocrat and one of the fastest-growing large-cap biopharmas in the industry right now.

Why is AbbVie's stock having such a hard time in 2018? The key issue is the future of Humira's revenue stream. Biosimilar competition is reportedly driving deep price cuts in some European markets, which is obviously a serious issue for investors to keep an eye on. Humira, after all, currently makes up about 60% of AbbVie's total revenues.

The good news, though, is that biosimilar competition won't cut into Humira's all-important U.S. sales until 2023 at the earliest. The company has also made major strides toward diversifying its revenue stream. In the third quarter, for instance, AbbVie's hematology/oncology product sales eclipsed $1 billion for the three-month period, thanks to the strong performance of both Imbruvica and Venclexta. AbbVie is also close to bringing several additional high-value product candidates to market, such as the psoriasis medication risankizumab, among others.

All told, AbbVie still expects its top line to grow by double digits in 2019 -- despite the international headwinds swirling around Humira at the moment. This pronounced sell-off, therefore, might turn out to be an incredible buying opportunity for investors willing to tolerate some near-term volatility.

3M just revealed where it could be 5 years from now

Neha Chamaria (3M): Shares in this industrial conglomerate haven't had a great ride so far this year as broader pressure on industrial stocks in recent months was exacerbated by 3M's third-quarter earnings report that turned out to be a damp squib. Amid the pessimism, 3M's recent Investor Day event, which helped the stock gain some ground, should make investors hopeful.

The Nov. 15 event was critical as 3M was not only expected to preview its outlook for 2019 but also reveal its growth plans and financial goals for the next five years. The company did just that: It laid down clear-cut financial goals through 2023, most of which are in line with its previous five-year plan but address some of the concerns that 3M bears may have. Here's what 3M expects to achieve between 2019 and 2023:

If the low- to mid-single-digit sales growth doesn't impress you, let's not forget that 3M isn't the kind of company to grow like gangbusters given its product line and the industry it operates in. Also, management's sales guidance is a tad better than its goals in the previous five-year plan that ran from 2016 to 2020, which suggests that fears of 3M's slowdown might be overblown.

At current prices, income investors, in particular, are in for a treat as 3M is a top Dividend King and should reward shareholders with its 61st dividend hike come January. Beyond that, the company's strong EPS and FCF conversion goals should assure shareholders of bigger dividends year after year.

Ready for the big screen

Rich Duprey (Netflix): Since peaking at around $423 per share this summer, Netflix has lost more than a third of its value despite reporting strong third-quarter earnings and subscriber growth. Much of the fear surrounding the stock is that the easy money has been made and it faces a more uncertain future as competition intensifies.

And that's not just from other streaming services like Amazon.com (AMZN 3.04%) but also from those producing their own original content. Chasing more programming means Netflix has to spend more, above even the $13 billion it's already committed to spending. While the service has been lauded for the quality of its original programming, supplanting HBO as the top Emmy nominee, it's going to need to do more to keep the pace going.

Netflix is trying a slightly different tack now by introducing some of its movies first into theaters before offering them on its service. It has allowed some of its movies to be shown on the big screen in the past, but this time is different because it's giving the theaters a window of exclusivity that it didn't before.

This is important because it gives its movies a chance to earn Oscar nominations, something a few Amazon movies have done, but also allows it to attract top-tier talent. For example, one of the movies now playing on Netflix after being shown in theaters for several weeks, The Ballad of Buster Scruggs, is directed by the Coen brothers. Netflix has a movie from Martin Scorsese due out soon.

A-list talent will bring even more people to Netflix, so don't underestimate the company's ability to keep surprising analysts by racking up more award-winning results.