Inogen stock got crushed in the tech rout, giving investors a second bite at the apple.

This morning, one such investor, Needham & Co., took advantage of a 50% decline in the share price of oxygen therapy company Inogen Inc. (INGN 1.21%) to upgrade its rating to "strong buy." Over the past couple of months, Inogen stock has sold off from more than $280 a share to just $140 today. In Needham's opinion, however, the stock's actual value hasn't changed -- just its price. 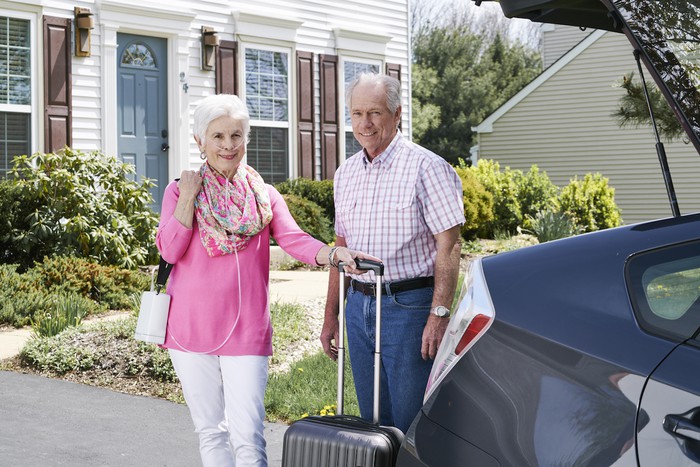 It's been a while since we last wrote about Inogen here at The Motley Fool, so perhaps a brief introduction is in order. Broadly speaking, Inogen is an "oxygen company," meaning it supplies equipment that produces oxygen for patients suffering from such diseases as chronic obstructive pulmonary disease (COPD), chronic bronchitis, or emphysema.

Traditionally, companies have done this through a two-stage process, using a largish stationary machine (the size of your basement dehumidifier or a college mini-fridge) to draw oxygen from the air and concentrate it, and a (sort of) portable oxygen tank that stores said oxygen, and that a patient can roll along with them as they move around, providing the oxygen needed for the patient to breathe.

Recognizing that patients suffering from these diseases are none too healthy in the first place, however, and often elderly, Inogen came up with a more unified solution, the Inogen One (which has developed into successive G2, G3, G4, and, soon, a G5 model). Inogen One G4, for example, is a smallish, portable device that concentrates oxygen as you go and feeds it directly to the patient. Inogen sells and leases these units to patients who need them, and says that as of 2016 at least, it was "the leading worldwide manufacturer of portable oxygen concentrators."

What that means in dollars and cents

As the leader, Inogen enjoys outsize -- and growing -- profit margins on its business, which hit 11.7% over the past 12 months, or twice the 5.9% operating profit margin that it was earning just five years ago. Inogen's sales have more than quadrupled over this same time frame, enabling explosive growth in profits -- operating income up nearly ninefold.

As investors twigged to this story, Inogen's stock price spiked as high as $280 per share in September. However, the stock sold off along with the rest of tech in October (and now again in November), with the result that Inogen today costs half what it did just nine weeks ago.

Inogen still isn't cheap, mind you. In fact, working off a $3 billion market cap (and even giving Inogen credit for its $223 million in net cash on the balance sheet), the stock sells for an enterprise value that's 58 times free cash flow and 68 times GAAP net income. Both those valuations also look rather expensive relative to Wall Street's projected growth rates for the company. According to analysts who follow the stock (as reported by S&P Global Market Intelligence), Inogen stock will grow earnings at only 20% or so annually over the next five years.

Needham begs to differ, however. To the contrary, it thinks these "estimates remain very conservative and that INGN can continue to deliver meaningful upside to consensus," as the analyst argues in its note today, according to StreetInsider.com. As already mentioned above, Inogen is coming out with its latest portable oxygen concentrator next year, and Needham contends that this will begin "a significant new product cycle in 2019" for Inogen -- keeping the growth engine going.

And I have to say, when I look at how Inogen has performed to date, I'm more inclined to believe Needham's assessment of Inogen's chances than mere generic "Wall Street" projections. This is because, as S&P Global also reports, over the past five years, Inogen has in fact grown its sales at an average annual rate of 37% (nearly twice Wall Street's projections for the future) and its net income at better than 63% (more than three times as fast).

Granted, Inogen's latest earnings results, and especially its guidance, were a bit disconcerting, with management predicting earnings growth of only a few percentage points in 2019 versus 2018 profits, though those 2018 profits are supposed to be more than double what Inogen earned in 2017. On the other hand, sales are still expected to grow about 24% year over year in 2019 -- after a more than 40% growth in 2018 -- and if Inogen's profit margins keep expanding, we could see net income grow even faster.

With Inogen still the leader in this market, and its biggest publicly traded competitor (a company called Invacare) unprofitable and less than one-tenth Inogen's size by market cap, I still see a lot of growth ahead for the stock.