Shares of master limited partnership TransMontaigne Partners (NYSE:TMG) were up 12.7% as of 11:45 a.m. EST today after the company announced that a private equity firm would acquire it.

As it happens every time there is a buyout, shares are up to the proposed acquisition price -- $41 per share in this case. The storage and logistics specialist announced that ArcLight Energy Partners Fund, a subsidiary of private equity firm ArcLight Capital Partners, will acquire the outstanding stake it doesn’t already own.

It was likely just a matter of time until this merger happened, as ArcLight and its various affiliate funds owned the general-partner stake in TransMontaigne and had made an offer in July to acquire it. This new offer is a 7.9% premium to its prior offer. 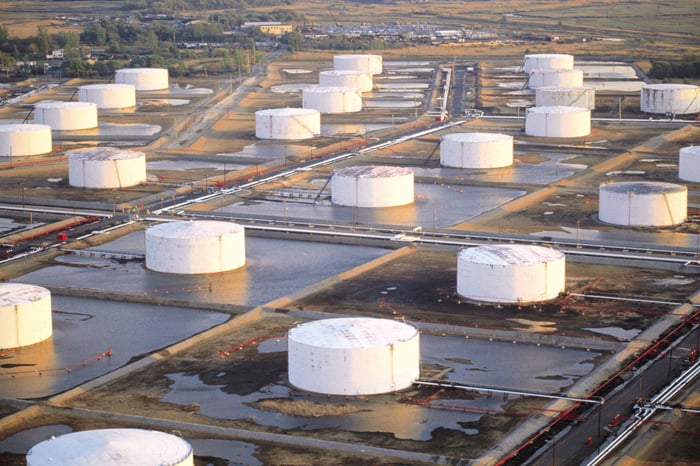 TransMontaigne had a lot of qualities an investor would want in an oil and gas storage and logistics company. Management was conservative with its payout, kept a modest debt profile, and kept payouts more or less growing since its IPO close to a decade ago. That was likely a large reason ArcLight was interested in the business in the first place. With the buyout price baked into the stock, though, there is no reason for investors to buy now.