Find out which of these companies got a buyout bid -- again.

The stock market moved higher on Monday, bouncing back from a tough holiday week. The Dow Jones Industrial Average finished up more than 300 points, and other major benchmarks gained between 1% and 2% as investors reacted to a recovery in the energy markets and signs of favorable prospects from a macroeconomic perspective. Many market participants plan to listen carefully when top officials at the Federal Reserve give speeches that could hold clues to the future path of monetary policy, but others have their eyes squarely focused on how individual companies are performing in the current environment. JinkoSolar Holding (JKS -2.80%), Transmontaigne Partners (TLP), and Newell Brands (NWL 2.47%) were among the best performers on the day. Here's why they did so well.

Jinko gets a day in the sun

JinkoSolar shares gained 15.5% after the Chinese solar company announced its third-quarter financial results. Jinko said that module shipments jumped 24% year over year to more than 2.95 gigawatts, and net income was sharply higher compared to both three months ago and the prior-year period. Even better, CEO Kangping Chen predicted that 2019 would be even stronger for Jinko, saying that "Chinese and global demand next year will recover as the cost of solar energy becomes more competitive." Solar stocks have seen a lot of ups and downs, but shareholders hope this latest upward move will prove longer-lasting for Jinko. 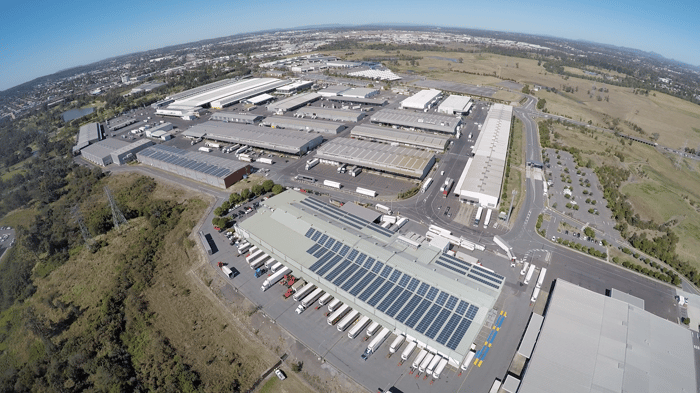 Transmontaigne gets a higher offer

Partnership units of Transmontaigne Partners climbed nearly 13% in the wake of its receiving an updated buyout bid from a private equity company. The midstream energy infrastructure specialist said that a unit of ArcLight Energy Partners will acquire Transmontaigne for $536 million, paying current unitholders $41 per unit. ArcLight had previously bid $38 per unit for Transmontaigne back in July, but because the private equity company already had an interest in Transmontaigne's general partnership units, a review from the board of directors committee on conflicts of interest found that a higher price was in the best interest of unitholders. Until the deal closes, which is expected in the first quarter of 2019, Transmontaigne investors will keep getting the partnership's attractive quarterly distribution of around 2%.

Finally, Newell Brands stock jumped 8%. The consumer-products specialist named Christopher Peterson as its new chief financial officer, taking advantage of his experience with other consumer giants in the cosmetics, fashion, and household products industries. The move follows an encouraging third-quarter financial report in early November, which included increased earnings guidance and ongoing progress on the company's transformation plan. Efforts to sell non-core businesses to raise cash have seen some success, and shareholders hope that Peterson will contribute his skills toward helping Newell get back on a solid long-term growth trajectory.