The casual gaming app publisher is seeing its stock nearly double for the second year in a row, but it may not be enough.

Mobile gaming may not seem like a hotbed for investors, given the competitive landscape and the fickle nature of gamers, but none of that is raining on Glu Mobile's (GLUU) parade in 2018. The mobile game developer behind Kim Kardashian: Hollywood, Deer Hunter, and -- its biggest contributor over the past two years -- Design Home has seen its stock soar 86% so far this year.

Robust bookings, a refreshingly long shelf life for some of its biggest hits, and guidance that's been boosted with nearly every passing quarter have been the not-so-secret ingredients to this monster rally. The stock soared 88% in 2017, and investors have been treated to a scintillating 249% return since the start of last year. Let's take a closer look at why Glu Mobile is generating such heady gains. 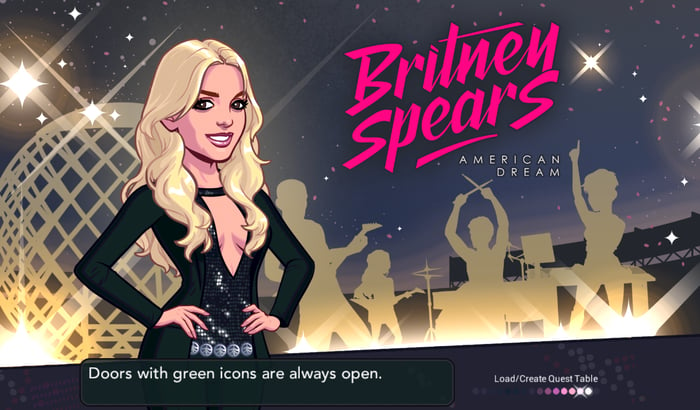 It all apps up

Small mobile app publishers live and die by the sustainability of their hottest games, and Glu Mobile is fortunate to have a few niche leaders in these days. Interior-decorating simulator Design Home continues to be the top draw, accounting for 41% of the bookings in its latest quarter. Its second-biggest draw is Tap Sports Baseball, a Major League Baseball-licensed game that keeps growing its audience with every annual springtime release. Even older releases including Covet Fashion and Kim Kardashian: Hollywood are still generating meaningful revenue years after peaking in popularity.

Glu Mobile's success is evident in its top-line spurts. Revenue has risen 31% through the first nine months of 2018, and that's stacked on top of a 43% surge last year. Glu Mobile is still posting losses on a reported basis, but it has trounced Wall Street's adjusted profit targets with ease in each of this year's first three quarters.

The outlook is getting better with every passing financial report, as 2018 guidance has moved higher each quarter since being initiated back in February.

Things aren't perfect. Revenue growth and the scope of Glu Mobile's upward revisions have for three consecutive quarters. The full extent of its upward full-year revenue revision earlier this month -- at the midpoint -- was what it scored during the third quarter itself. Throw a weakening market into the mix, and Glu Mobile stock has corrected by nearly 20% since hitting an 11-year high earlier this month. The 86% year-to-date pop is great, but investors were enjoying a 131% return in 2018 at its peak less than three weeks ago.

Investors can't complain. Glu Mobile is smoking the market this year, and it has the resources in place for a healthy pipeline of new releases heading into 2019. As the popularity of its hottest apps starts to fade -- as it inevitably will -- Glu Mobile will be ready to try catching lightning in a bottle again.