Revenue and net earnings surpassed management's targets, while gross margin continued to benefit from a shift in product mix.

Enterprise cloud networking specialist Nutanix (NTNX 3.25%) reported fiscal first-quarter 2019 earnings results after the close of trading on Tuesday. Complementing faster revenue growth, the company's subscription services increased as a percentage of total sales. We'll discuss the implication of this trend below, after a review of both headline numbers and pertinent details from the last three months. Note that all comparison numbers in this article refer to the prior-year quarter (the first quarter of fiscal 2018). 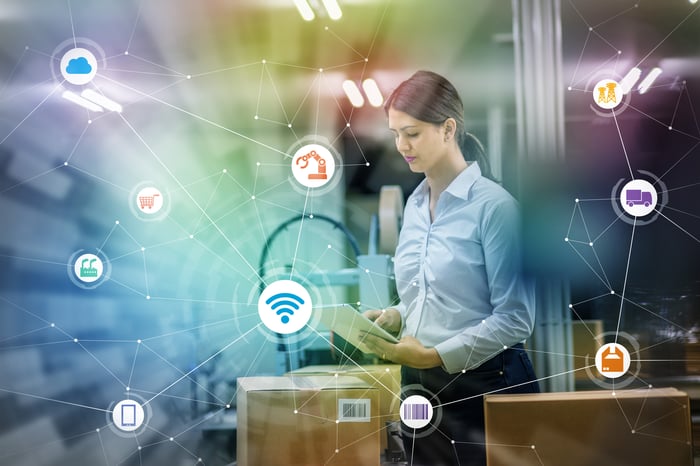 During Nutanix's earnings conference call, CFO Duston Williams discussed its transition from software license sales integrated with third-party hardware revenue to a predominately software sales model that increasingly generates stable recurring revenue in the form of subscription services. While Williams' narrative is worth reading in its entirety, the following is the crux of it:

In our view, this continued shift to [a] recurring subscription business model combined with retention rates averaging 90% and an average contract duration period of 3.6 years demonstrates increased visibility and predictability into our model as the company moves away from life of device licenses.

Alongside earnings, Nutanix provided its outlook for the fiscal second quarter of 2019. The company expects revenue to fall within a range of $325 million to $335 million. Billings are projected to land between $410 million and $420 million. Management doesn't provide a quarterly GAAP earnings expectation but anticipates that non-GAAP earnings per share (EPS) will land at a loss of $0.25, compared to a loss of $0.14 in the second quarter of fiscal 2018.