Two of the world's largest companies make the list. But have you ever heard of the third one?

The market swoon of the past two months has given opportunistic investors lots of stocks to choose from. The high-growth stocks that benefited from the nine-year bull run have fallen the most, but so have some lower-growth, value plays. 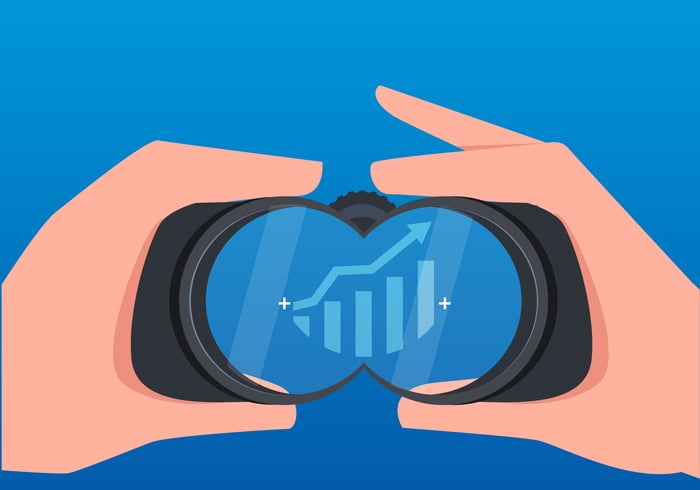 If you zoom in on the long-term potential, all three stocks can reward shareholders. Image source: Getty Images.

Apple is a near $1 trillion value play

Jamal Carnette, CFA (Apple): While it may seem foolish (small f) to classify Apple, the largest publicly traded company by market capitalization, as a value play, the technology-led stock sell-off and a poorly received earnings call have presented an attractive entry point for long-term investors. Apple shares are down 20% in November alone.

On the numbers, Apple had a great quarter, topping both revenue and earnings estimates. However, this fact was overshadowed by the announcement the company would no longer break out individual unit sales and revenue for the iPhone, Mac, and iPad units.

Lower valuation multiples are warranted because more information is preferable to less, but Apple has been undervalued for years. Currently shares trade for 12 times forward earnings, approximately 30% cheaper than the greater S&P 500, and boast a PEG ratio of one (based on estimated five-year earnings-per-share growth of approximately 12%).

Growth appears not to be a problem: During this poorly received quarter, Apple grew its top line 20%, its strategic services business 17%, and EPS a whopping 41%. Long-term value-oriented investors should take advantage of this recent sell-off.

A chip dip for your portfolio

Nicholas Rossolillo (ON Semiconductor): It has been a bad year for the semiconductor industry. It all started over the summer when some Wall Street analysts turned pessimistic on the sector, especially for memory-chip manufacturers. It's been a downward spiral since; the PHLX Semiconductor Sector index is down 6% on the year, and down about 20% from all-time highs.

One of the harder-hit names has been ON Semiconductor, down 11% so far in 2018 and 31% from its high-water mark set early in the year. Historically a producer of commoditized and cyclical products, ON has turned itself into a more specialized chipmaker the last couple of years, focusing on power management, connectivity, and various sensor components for emerging technologies. End uses for ON's portfolio of solutions include industrial equipment, autos, medical devices, and aerospace. Shares surged in 2017 after ON merged with one of its key competitors, as lapping business results pre-merger gave sales and profits gains a big boost.

That trend started to reverse in 2018, though, as lapping post-merger numbers has been a bit harder task. Still, revenue is up 5% and earnings per share are up 59% through the first three quarters of the year. The outlook for Q4 is even better, with management calling for at least 7% year-over-year sales growth and profit margins coming in stable to slightly higher. That should equate to another increase in the bottom line.

Because of business results and stock performance moving in opposite directions, ON is valued pretty cheaply right now. While it'd be unwise to count chickens before they hatch, the 12-month forward price-to-earnings ratio is at a mere 9.7 -- reflecting the overall downbeat mood in the semiconductor space at the moment. However, ON is doing just fine, and isn't reporting any signs of a slowdown as some of its peers have been. With new uses for chips expected to keep the overall industry riding high for years to come, and ON positioned to benefit from the fastest-growing portions of it, its stock looks absurdly cheap right now.

Don't forget the value right in front of you

Brian Stoffel (Alphabet): Like Jamal, I'm focusing on one of the world's largest publicly traded companies: Google parent Alphabet. It might seem ridiculous to call out such a large entity -- whose stock has septupled (increased seven times over!) in the past decade -- but hear me out.

At its core, Alphabet is still an advertising company. Through the first nine months of the year, 87% of the company's revenue came from ads. It's not hard to see why: Google has eight different products with over 1 billion users -- Search, Maps, Gmail, Chrome, Android, YouTube, Google Drive, and Google Play Store. All of the data collected by those services are infinitely valuable to advertisers.

But let's not forget about Alphabet's Other Bets -- the moonshot products that, if successful, could be huge boons for humanity, the company, and its shareholders. With every passing day, it becomes increasingly likely that self-driving project Waymo will be the first major success in this category.

The market, however, isn't giving this much credence. Right now, shares are trading for 22 times next year's expected earnings. While that may not sound like a screaming value play, also consider that Alphabet is sitting on a net cash position of $115 billion -- equal to about one-sixth of its market cap.

Alphabet already makes up over 10% of my family's real-life holdings -- so I'm not adding more now. But if you want to start a position, today's value is as good as it's been in a long, long time.