After peeling away added revenue from a recent acquisition and adjusting for the sale of the company's baking business, underlying revenue growth stalled over the last three months.

December will need to be very kind to the J.M. Smucker Company (SJM -0.80%) if it's to pull out of a year-to-date slump. The company released fiscal second-quarter 2019 earnings on Wednesday, and investor reaction pushed shares down 8% -- they've lost roughly 16% of their value year to date. Despite revenue contributions from a significant acquisition earlier this year, J.M. Smucker's organic growth remains challenged, and margin issues have also thwarted shareholders' confidence. Below, we'll delve into the quarter for a closer look at the company's near-term condition. Note that all comparison numbers in this article refer to the prior-year comparable quarter (the second quarter of fiscal 2018). 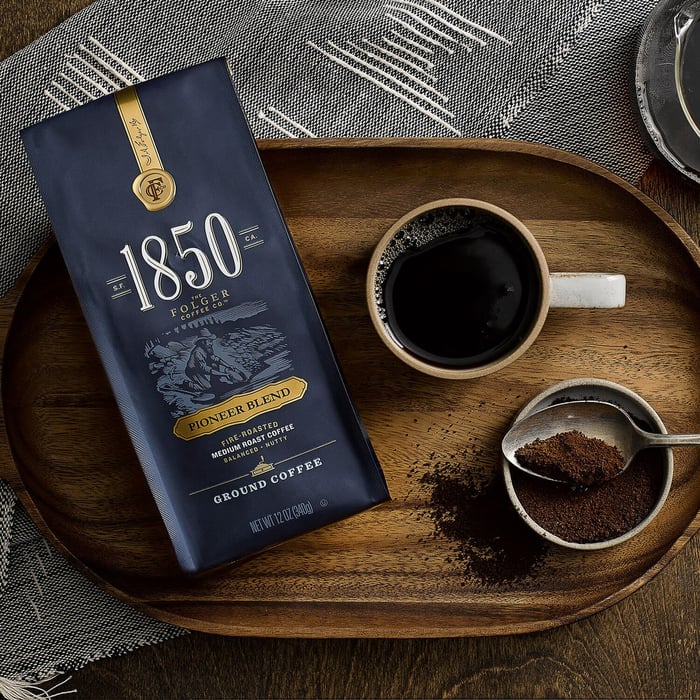 Smucker's pricing woes result partly from the matching of competitors' actions in a sluggish consumer packaged goods (CPG) environment. This is exacerbated by declining coffee costs, which the company is passing on to customers. CEO Mark Smucker addressed the resulting margin pressure in the company's earnings conference call and explained management's current perspective:

Obviously margins are important too, but we really are focused on dollar profit. And as you've seen so far this year, we've been successful in doing that. We do -- we continue to believe philosophically that the right thing to do is to not only be competitive, but to pass through up or down cost to the end consumer and so that will continue to be our focus. But I do think at the end of the day, we are focused again on making sure that we can sustain our -- sustain and ultimately grow our dollar profit.

The favoring of gross dollar profit over the expansion of profit margin can be confusing, but it's a strategy often utilized by CPG management teams, which I've explained in more detail here. In the near term, Smucker's management hopes to offset some price compression with new product innovation.

J.M. Smucker revised its full-year fiscal 2019 outlook to adjust for its baking divestiture and the effects of "lower pricing and competitive activity, primarily in coffee and peanut butter." The company now expects full-year revenue of $7.9 billion, versus previous guidance of $8 billion. Adjusted earnings per share (EPS) have been trimmed from an earlier band of $8.40 to $8.65 to a new range of between $8 and $8.20. At the midpoint of this range, full-year adjusted EPS will represent a 2% bump over last year's $7.96 in adjusted EPS: a modest increase in a year that so far has been characterized by modest performance.