PayPal (NASDAQ:PYPL) has produced significant growth over the past several years and shows no signs of slowing. One of the biggest potential growth drivers is that of Venmo, the company's person-to-person social payments platform. While the service is already a hit with millennials, PayPal recently rolled out a "Pay with Venmo" button that allowed users to pay for commercial transactions as well, adding to its increasing popularity and utility.

With all that potential, however, comes a fair degree of risk. Fraudulent transactions plagued the up-and-coming service earlier this year, according to a report in The Wall Street Journal. Things got even worse, as attempts to combat the rise in fraud caused the company to suspend certain features on the platform, which resulted in an outcry from users.

In light of these recent events, do PayPal investors have reason to be concerned, or is this just a part of doing business? 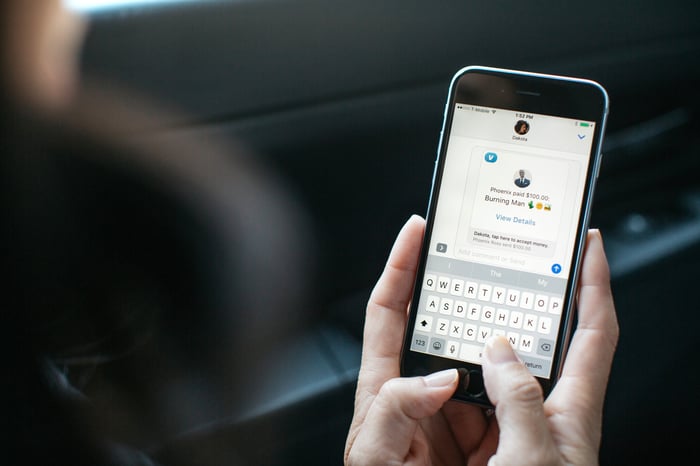 During the first quarter of this year, Venmo posted an operating loss of $40 million, 40% worse than the company anticipated, according to the report. One of the biggest contributors to this was an increase in the transaction loss rate, which is partially composed of reimbursements to users as the result of fraudulent activity. This rate climbed from 0.25% of Venmo's payment volume in January to 0.40% in March. For perspective, the company was anticipating an overall rate of 0.24% for the quarter.

The surge in illegal activity appeared to catch PayPal off guard, and the company reacted by temporarily discontinuing certain features that it believed were contributing to the problem. Venmo customers weren't allowed to instantly transfer funds to their bank accounts, and tens of thousands of accounts identified as suspect were suspended. The company also discontinued the practice of allowing users to transfer money via its website -- though the majority of customers only used the app on their smartphone anyway.

While the measures employed helped to limit the losses from fraud, they also inconvenienced many legitimate users, who had transactions delayed or declined due to the short-term crackdown.

PayPal reps downplayed the temporary spike in fraudulent Venmo transactions, pointing out that Venmo rolled out new features during the first quarter and saying that there's typically an increase in such losses for a short time following the introduction of new features.

"Venmo loss levels are lower than the overall average for PayPal and compare favorably to the industry," a PayPal spokesperson said. The rep also noted that the losses for the first quarter were less than 0.35% and have declined ever since. As the company got a handle on the fraudulent activity, it restored users' ability to transfer funds instantly.

Venmo generated $54 billion in total payment volume on a trailing-12-month basis and grew 78% year over year in the most recent quarter. The ability for users to pay merchants using a Venmo account is just getting started, and could represent a significant growth area for PayPal.

Earlier this year, Third Point hedge fund manager Daniel Loeb took a stake in PayPal, citing Venmo as one of the principal motivators for his investment. Loeb noted that Venmo had grown 25 times over the previous four years and had grown to represent 10% of PayPal's total transaction volume. He went on to say, "We think Venmo can contribute $1 billion in incremental annual revenue for PayPal within three years." That would represent a significant increase, considering that PayPal's trailing-12-month revenue is currently less than $15 billion.

PayPal has long been on the radar of fraudsters, and it's only natural that Venmo would eventually become a target. That said, PayPal has a long history of successfully dealing with threats of this sort. While the situation certainly bears watching, it doesn't appear to be anything more than business as usual.