The topic of marijuana stocks seems to have entered the mainstream in 2018, with chatter about these stocks popping up much more frequently among individual investors this year than in the past.

Below are four key (and somewhat overlapping) reasons many investors are talking about marijuana stocks -- and one notable reason the topic of hemp stocks should soon be crossing many more investors' lips. 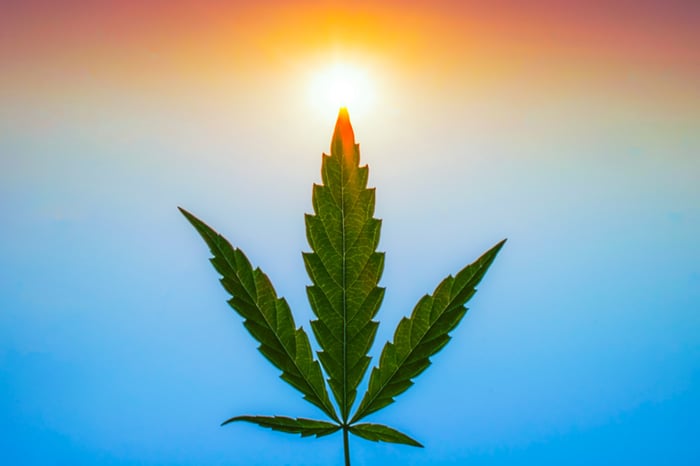 There's nothing that attracts investor attention to a particular stock or group of stocks more than powerful performance. As the following one-year chart shows, many marijuana stocks went ballistic in late summer in advance of Canada's legalization of marijuana for adult recreational use -- a topic we'll get to in a moment -- though most of the group has pulled back since then. 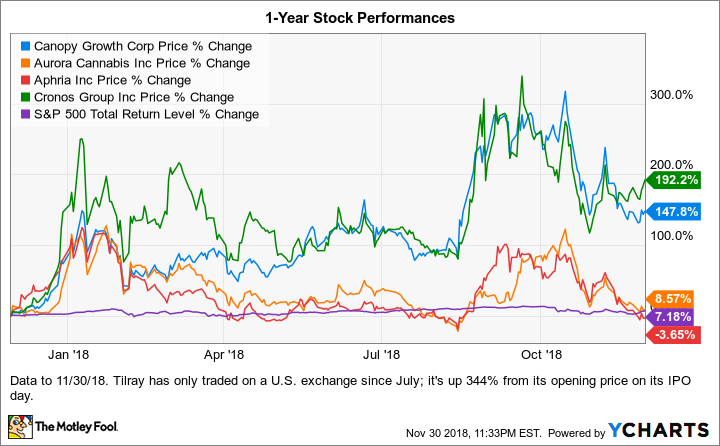 Growth projections for the burgeoning legal global marijuana market vary by source, but it seems universally predicted that this space will experience torrid growth. 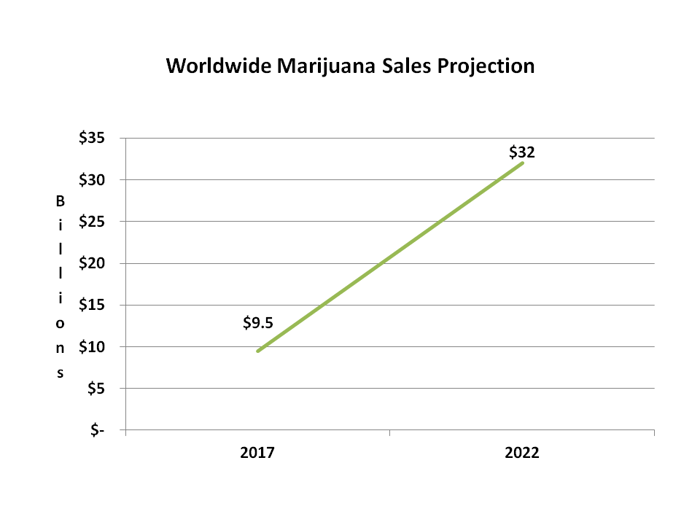 One big reason the topic of marijuana stocks has exploded onto the scene in 2018 stems from Canada's legalization of adult recreational use of cannabis on Oct. 17. This historic event made our neighbor to the north the first industrialized country where recreational marijuana use is legal across the land and only the second country (behind Uruguay) in the world where this is so. Once the recreational market is up to speed, it's projected to be worth $5 billion per year or more.

Only dried flower and cannabis oils became legal in October. Other products, such as cannabis-infused beverages, edibles, and other consumer products, are expected to get the green light from Canada next year.

Canada is garnering much attention, but the big prize is the U.S. market. This country's legal marijuana market size was pegged at $8.5 billion in 2017 -- or 89% of the total global market -- by ArcView Market Research and BDS Analytics. While that percentage is projected to shrink as legalization gains momentum around the globe, the U.S. market still will account for a large portion of 2022's projected legal global marijuana revenue, according to the same source. The U.S. cannabis market will grow at a CAGR of 22% over the next five years, to $23.4 billion, according to ArcView and BDS.

The marijuana legalization movement in the U.S. gained speed in 2018. Notably, on Jan. 1, California -- which in 1996 became the first state to give the green thumbs up to medical marijuana -- legalized cannabis for recreational use. This move has huge financial implications since the Golden State has the fifth-largest economy in the world.

More recently, in November's midterm elections, voters in Missouri and Utah gave the green light to marijuana for treating medical conditions, and folks in Michigan voted to legalize cannabis for recreational use. There are now 32 states where medical marijuana is (or soon will be) legal, and 11 states plus Washington, D.C where recreational use won't (or soon won't) run afoul of the law. 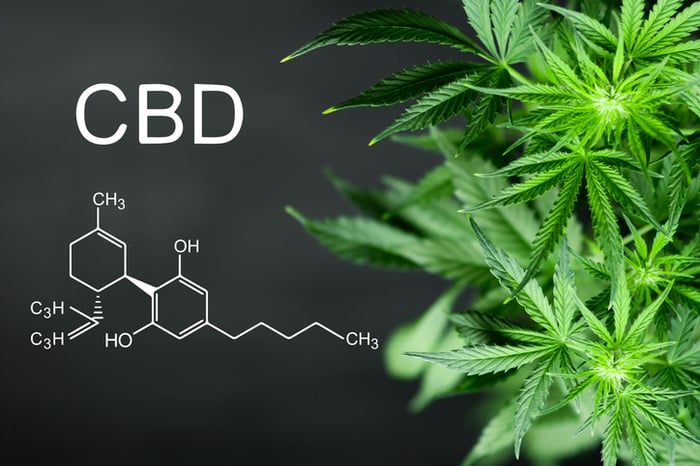 5. U.S. hemp-derived CBD market on verge of exploding in size

On Wednesday, leaders of the U.S. Senate and House agricultural committees reached a tentative agreement on the 2018 Farm Bill, according to the Washington Post. This legislation has huge implications for the cannabis industry because there are provisions in it that would make it legal across the U.S. to grow industrial hemp -- and cannabidiol (CBD) can be derived from hemp.

CBD is a chemical substance found in the cannabis species -- both marijuana and hemp -- which has various wellness benefits associated with it. The key difference between marijuana and hemp is that hemp has negligible concentrations of tetrahydrocannabinol (THC), which is the substance in marijuana that's responsible for its psychotropic effects.

If the bill makes it through Congress and is signed by President Trump, as widely expected, industrial hemp should be legal on Jan. 1, 2019. If this occurs, the U.S. market for hemp -- and its derivatives -- is expected to soar. The hemp-derived CBD market is projected to rocket from about $591 million this year to $22 billion by 2022, according to the Brightfield Group. That's a whopping 37-fold increase in just four years!

Canopy Growth is a company to watch in the hemp space. It's been positioning itself to hit the ground running when the farm bill passes. Once hemp is legal on a federal level in the U.S., Canopy will be able to enter the U.S. market with CBD products derived from hemp.

Why Is Everyone Talking About Marijuana Stocks? And Why Are Hemp Stocks Likely Next? @themotleyfool #stocks $CGC Next Article
Current