There are a few major players in the subscription streaming space, and Apple (NASDAQ:AAPL) is not one of them -- at least, not yet. But to judge by recent reports and Apple's spending habits, that may change soon.

After reportedly shying away from a skinny-bundle service in 2017, Apple now appears to be on the verge of entering the subscription video-on-demand (SVOD) space that is currently dominated by Netflix (NASDAQ: NFLX) and Amazon (NASDAQ: AMZN). Here's a look at what is known about the company's plans. 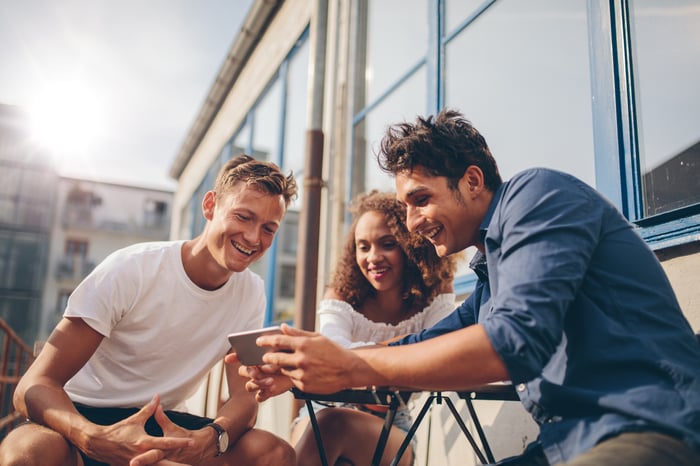 Apple hasn't said it's building a streaming service, but there's a reason that people are talking about Apple and streaming again. The company is spending a lot on original video content.

For a company that has a very limited history with video content (it has produced just two original shows so far), Apple sure seems keen to spend money on making more. The Wall Street Journal reported last year that Apple had a $1 billion budget to buy and create original content and that it had poached executives from media companies like Sony Pictures Television.

Apple could, theoretically, license content to existing streaming services. But that seems unlikely since streaming services make more money when they have their own content, and companies like Netflix are trying to license less of it, not more. Keeping streaming and production in the same house is increasingly the standard, and it seems very likely that Apple is planning to copy that model. It's simply starting with the content first.

Given the company's spending on original content and its well-publicized surrender on the live-TV front, Apple's entry into the streaming market seems nearly certain to take the form of a Netflix-like SVOD service that will debut in the next few years. Is that the right strategy -- and the right schedule -- for Apple?

Going the SVOD route seems smart. Margins are thin in the live-TV skinny bundle market, and established pay-TV giants like Dish (NASDAQ: DISH), which owns Sling TV, and AT&T (NYSE: T), which owns DirecTV Now, already dominate that space. And skinny bundles have to work with network TV channels; in the world of skinny bundles, there is not yet an established model for using original content to become less reliant on deals with content owners.

SVOD services have bigger subscriber bases (Netflix has over 135 million subscribers, while the top skinny bundle services have around 2 million) and make more money. That's where Apple wants to be.

But whether the timing is right is a different question. SVOD is where Apple wants to be, but it's also where several other companies want to be. Apple's rookie class of SVOD services will likely include Disney (NYSE: DIS), which plans its own SVOD service in 2019 called Disney+. It has a lot of advantages over Apple right now in terms of content: Disney's media holdings were massive even before the company acquired Twenty-First Century Fox holdings in a blockbuster deal.

But Apple has an advantage with its impressive chunk of smartphone sales. It has the biggest U.S. market share among smartphone manufacturers, and it will no doubt be keen to leverage that in support of its streaming service, just as Amazon has used its Fire TV brand to push its own streaming options.

It's a competitive market

Apple has the budget and the hardware advantage to make a big splash in the subscription streaming world. But it doesn't have the established presence there that Netflix and Amazon do, and things are about to get even more crowded thanks to the Disney+ service.

But there's no looking back now. With $1 billion on the line, expect to hear more and more about Apple's streaming plans. The company will enter the fray no matter how competitive things look -- and by the time its service arrives, the market should look very competitive indeed.