Both sides settle for less than they wanted.

An epic battle that was building up for control of Campbell Soup's (CPB 0.99%) boardroom looks as though it will end with a whimper. Both sides had appeared to be digging in their heels with increasingly acrimonious charges, until billionaire investor Daniel Loeb and the Campbell board of directors recently announced a truce.

In a bit of detente that gives both sides a little of what they want, Loeb's Third Point hedge fund will gain two seats on the board and will have input in whom Campbell chooses as its next chairman. Campbell will expand the board from 12 members to 14 to accommodate Loeb, a move that dilutes the influence the new directors have.

While the agreement that was reached ahead of the soup maker's annual shareholder meeting resolved what could have been an ugly proxy battle, it still offers no clear strategy to get Campbell Soup growing again. 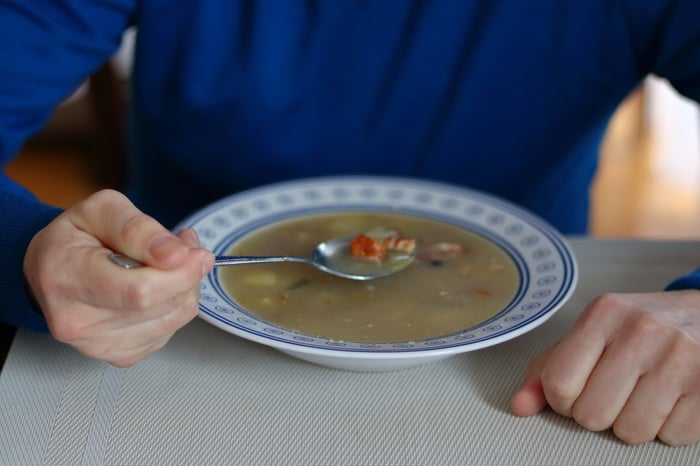 Giving up a little to gain a little

Loeb has been angling to completely overhaul Campbell, decrying "years of abysmal oversight" and a bungled CEO succession plan. The billionaire activist investor said the best thing the company could do was put itself up for sale.

Campbell had previously announced it would conduct a strategic review of its options, but ultimately decided on remaining independent, though it said it would sell its international business and fresh food divisions.

That's when things got heated. Loeb sued Campbell for allegedly distributing incomplete and misleading proxy information to shareholders. Campbell lined up heirs of the company founder who represent 41% of the soup maker's voting shares to support the existing board, meaning Loeb's plan to replace the board with a slate of new candidates would be difficult if not impossible. But a bruising battle wouldn't do Campbell any good either, so a deal was probably best for both sides.

New members Sarah Hofstetter, president of comScore, and Kurt Schmidt, former director and CEO of Blue Buffalo, took their board seats immediately. Third Point agreed to withdraw its slate of board candidates and to drop its lawsuit against the company. In exchange, Third Point will have a say in who becomes Campbell's next CEO, though the ultimate decision will lie with the board, including the two new members.

Yet over the coming year Third Point will also get a chance to air its position on issues affecting the soup maker, as Campbell will allow it two meetings with the board and two meetings with the CEO. The Wall Street Journal recently reported Campbell is interested in hiring Mark Clouse, former CEO of rival Pinnacle Foods, as CEO. The company has said it intends to name a new CEO by the end of the year.

Challenges will remain at full boil

Whoever the next chief executive is, he or she won't have an easy job. Most of the decisions for remaking the business were already made by the board when it agreed to sell the various units. The CEO's task will be implementing someone else's agenda.

Organic sales fell 3% in the third quarter, which was reported just prior to the board's coming to an agreement with Loeb, and gross margins tumbled 560 basis points to 30.6%, driven mostly by recent acquisitions. That isn't a performance that will likely turn Third Point from its goal of remaking the company, and because neither side fully got what it wanted, undercurrents of animosity may flare up again.

3 Stocks That Make Your Favorite Snacks
420%