As expected, the U.K. Parliament has just released a trove of internal emails regarding Facebook (NASDAQ:FB) amid its legal battle with Six4Three, a defunct app developer that had made an app that allowed users to unearth pictures of scantily clad Facebook friends. Some of the emails had previously leaked, and they showed that the company gave serious consideration to outright selling access to user data (Facebook thankfully decided not to pursue such a monetization strategy).

The documents also show that Facebook's spyware app, which was masquerading as a VPN service that protected user data, was much more invasive than previously thought. 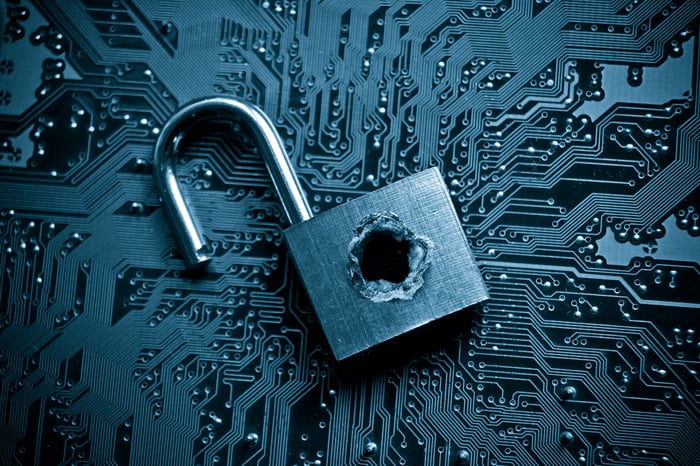 Why Facebook bought an app to spy on you

Facebook used Onavo to conduct global surveys of the usage of mobile apps by customers, and apparently without their knowledge. They used this data to assess not just how many people had downloaded apps, but how often they used them. This knowledge helped them to decide which companies to acquire, and which to treat as a threat.

To be fair, Facebook does actually disclose that it is monitoring the data that Onavo collects, except in a fluffier way, saying on the Google Play page of Onavo: "Because we're part of Facebook, we also use this info to improve Facebook products and services, gain insights into the products and services people value, and build better experiences." Apple removed Onavo from its App Store earlier this year for violating data collection policies, but the app is still available on Google Play.

Facebook had acquired Onavo back in October 2013, and immediately started using the VPN app to spy on users, gleaning all sorts of competitive insights on how people use their phones -- what social apps they use, how long they use them, and more. Facebook used this information to inform high-level strategic decisions around which burgeoning social apps were worth competing with and/or acquiring.

Investors already knew that Onavo data guided Mark Zuckerberg's decision to acquire WhatsApp in Facebook's biggest acquisition ever, while also letting Zuck know that Snap was seeing user growth rapidly decelerate even prior to the Snapchat parent filing its S-1 Registration Statement before going public. But the documents illustrate just how much Facebook relied on this data. The company would use data collected by Onavo's spyware to compile "industry update" presentations, showing how much reach various social media apps have, as well as each app's trajectory.

Note that the examples included in the documents refer to a time period (mid-2012 to early 2013) prior to the acquisition, as Onavo was already selling analytics data derived from anonymized data that it was collecting. Onavo had launched Onavo Insights, which competed with other prominent app analytics services like AppAnnie, just months before it was acquired by the social networking giant. Facebook was apparently impressed enough with the service to scoop up the company.

While there are plenty of app analytics services out there that help companies assess the competitive landscape, most are independent. That's why it's so disconcerting that Facebook acquired Onavo and continues to use it to spy on Android users to this day, particularly when considering the company's nonchalant approach to user privacy, as well as its ruthless drive to destroy any social media rival that it can.