The cloud security company is having success scaling up its business.

Cloud security company Zscaler (ZS 3.77%) reported its fiscal first-quarter results after the market closed on Nov. 4. Revenue grew by nearly 60%, and the company managed to turn an adjusted profit and produce positive free cash flow. It may be another year or two before those profits become sustainable as ZScaler invests in growth, but the company is on the right track. 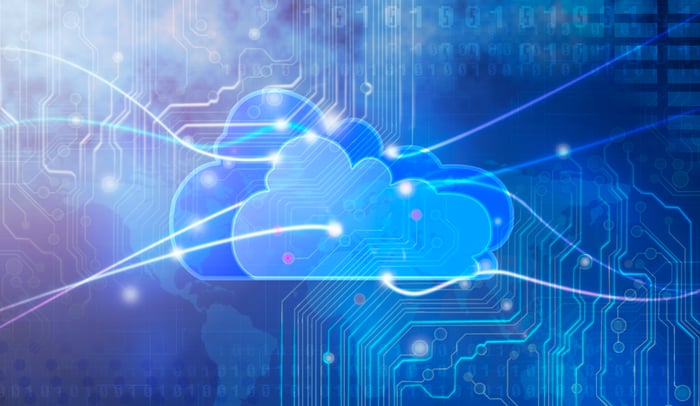 On the earnings call, Zscaler CEO Jay Chaudhry talked about a major customer win: "A Fortune 100 conglomerate purchased Transformation Bundle [a suite of Zscaler services] for all of its 100,000 employees. While we are replacing traditional networking appliances, such as secure Web gateway, branch firewall, DNS, and a dozen data centers, it is mostly a greenfield opportunity."

Chaudhry also discussed a key advantage driving the company's growth: "A strategic advantage for us is the partnerships with large system integrators and global service providers, who implement cloud transformation projects. SI and SPs represent over 50% of our revenue, and they are the fastest-growing channel for us."

Bundling is an interesting exercise with no simple answers. If you bundle too much, you can increase the price too much. If you don't bundle enough, you're not selling additional modules. It's one of those art and science things. I think when a module becomes widely accepted and more and more customers start buying it a la [carte], it tells us it's really time to bundle it.

ZScaler was profitable on an adjusted basis during the first quarter, but that may not last as the company invests in growth. Chaudhry made it clear that taking advantage of growth opportunities is more important than short-term profits: "So when you think about contribution margin, yes, if we stopped everything and just went with renewals, it goes incredibly high. With this large market opportunity, we're going to keep investing in business to maximize what we feel is the biggest shareholder value."

With revenue expected to be less than $300 million this year, Zscaler has plenty of room to grow as demand for cloud security ramps up in the coming years.

Why Zscaler Stock Was Slipping Today

Zscaler Stock Keeps Getting Punished, Is It a Buy Now for 2023?

Why I Own Zscaler Stock