Billionaire Warren Buffett built Berkshire Hathaway into a megacompany by investing in good companies at reasonable prices. Not all of his stock picks have worked out, but Buffett's track record is just about as good as it gets.

While investors shouldn't blindly mimic Buffett, the stocks he chooses to buy should certainly be considered. Here's why Apple (NASDAQ:AAPL), General Motors (NYSE:GM), and Bank of America (NYSE:BAC) are three Buffett stocks worth buying. 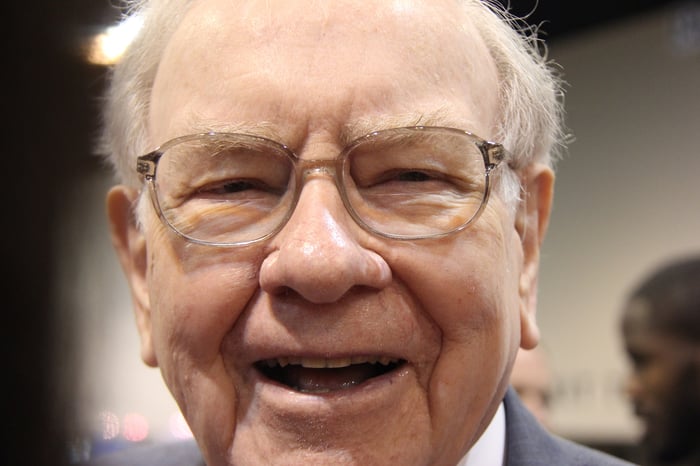 Tyler Crowe (Apple): There are always reports about potential trouble for Apple. Whether it's worries about iPhone demand, its ability to keep pushing prices higher, or something else, there is always a concern that this is about as good as it gets for Apple. As a result, the company's stock consistently trades at a valuation that never seems commensurate with the rates of growth it has historically posted. I dare you to find a stock that has produced returns on equity better than 30% for the past decade and still trades for less than 20 times earnings.

Buffett seems to be taking advantage of this situation as he said in a recent interview that Berkshire bought more Apple in the third quarter. That's on top of the $46 billion stake it reported as of its most recent 13-F filing back in August.

The iPhone has been a spectacular profit engine for Apple for a long time, and investors shouldn't expect it to continue forever. That said, its services business is quickly becoming another profit engine that recently pulled in $37 billion in sales for fiscal 2018 and remains on track to be a $50 billion in revenue business by 2020. Keep in mind, too, that services are an extremely high-margin business that also happens to make it harder and harder to move away from the Apple ecosystem (hello, continued Apple product sales).

If the businesses itself wasn't enough of a seller, management continues to return gobs of cash to investors in the form of share repurchases. In the most recent fiscal year, the company has repurchased $68 billion in stock and still intends to get to net cash neutral by buying back even more. It's hard to take bearish takes on this company too seriously when you see numbers like this, and it's why investors should seriously consider this stock now.

Not repeating past mistakes

Tim Green (General Motors): Berkshire Hathaway owned nearly $2 billion worth of automaker GM at the end of the third quarter. The stake in GM may not be Buffett's doing -- Todd Combs and Ted Weschler are each responsible for portions of Berkshire's stock portfolio. But GM is a Buffett stock nonetheless.

There's a lot going on for GM right now. Tariffs on steel and aluminum are pushing up costs; demand for cars in U.S. may be peaking; and electric and self-driving cars are disrupting the industry. Unlike its predecessor, which was forced to go though a reorganization during the financial crisis, the GM of today is being proactive. The company announced job cuts and plant closures late last month, aimed at both getting out ahead of the next recession and sharpening its focus on electric and self-driving cars. GM can't thrive in the future if it doesn't make it through the next downturn. These cost cuts may seem early, but they're probably the right move.

GM's focus on the long term is likely one reason Buffett or one of his lieutenants pulled the trigger on the stock. A dirt-cheap valuation may be another reason -- GM trades for around six times its guidance for full-year adjusted earnings. The stock may be volatile for a while, given the unsettled trade issues between the U.S. and China and a possible recession at some point down the road. But for patient investors capable of ignoring the short-term ups and downs, GM is a buy.

Value you can bank on

Sean Williams (Bank of America): Feel free to call me biased, since it's a company that's been in my portfolio for seven years and counting, but I believe Bank of America is the most attractive of all currently owned Buffett stocks.

When I purchased Bank of America in November 2011, it was a mess. The company was contending with a slew of litigation tied to the housing crisis during the Great Recession, and it was facing backlash following its failed attempt to charge a monthly fee for debit-card use. But things have changed drastically in those seven years.

For starters, Bank of America has moved past all of its one-time settlements tied to the financial crisis. This is creating a much clearer picture of the bank's overall health, and no longer weighing down the company's per-share results.

We're also witnessing all banks, but especially Bank of America, take advantage of rising interest rates. Higher lending rates usually means more interest income for banks. According to Bank of America's most recent quarterly results, net interest income roared higher by 10%, or $651 million, in the consumer banking segment on the heels of strong deposit growth and higher interest rates. If rates continue to edge higher, it should be a positive for B of A.

At the same time, costs have been well managed. Noninterest expenses declined $327 million in the third quarter, with investments more than being offset by higher interest rates and increased productivity. Not to mention that the passage of the Tax Cuts and Jobs Act has allowed Bank of America to hang on to more of its profits. This has led to a boost in share repurchases and its quarterly payout.

Assuming the second-longest economic expansion in U.S. history were to continue, Bank of America looks to be cheaper than it's been in more than a decade on a forward earnings basis. That makes it, in my opinion, worth a closer look.