AutoZone (NYSE:AZO) stock beat the market last month by posting a 10% increase compared to a 1.8% uptick in the S&P 500, according to data provided by S&P Global Market Intelligence.

The rally put shares back in solidly positive territory for the year despite an overall flat market. 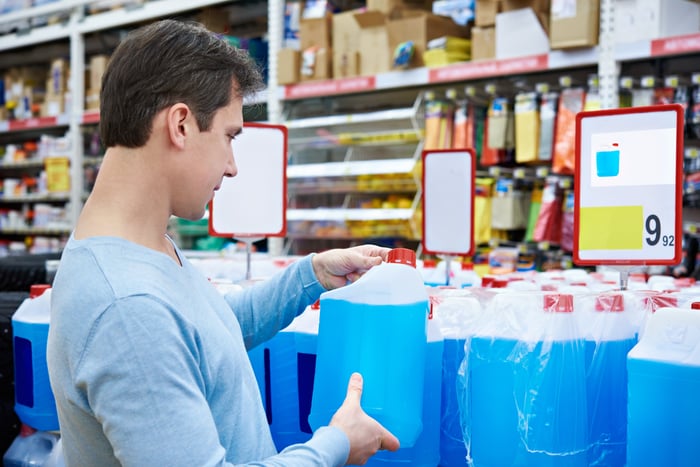 Investors pushed the stock higher after rival Advance Auto Parts announced surprisingly strong third-quarter earnings. The automotive parts retailer beat sales and profit expectations while raising its 2018 outlook on both counts. That raised the odds that AutoZone would have positive things to say about its demand trends in early December.

AutoZone's third-quarter report didn't disappoint. The company said on Dec. 4 that sales at existing locations improved by 2.7% in the fiscal first quarter, which was a strong result considering the prior year benefited from unusually high demand tied to hurricanes that swept through parts of the U.S.

The company's fiscal second quarter tends to be volatile, since sales can be affected by weather patterns and by the timing of income tax refunds. Still, executives told investors that they're encouraged by the strengthening operating trends they're seeing, both in the consumer and commercial sides of the auto parts business.