Canadian pot producer Cronos Group (NASDAQ:CRON) has officially entered into a "subscription agreement" with American tobacco giant Altria Group (NYSE:MO), according to a press release issued by the company prior to the opening bell this morning.

Per the terms of the deal, Atria will reportedly purchase CA$2.4 billion worth of Cronos's common shares on a private placement basis. This initial equity investment equates to a noteworthy 45% ownership stake in Cronos. However, as part of this subscription agreement Altria will also receive warrants that, if exercised, would increase its ownership interest in Cronos to a whopping 55%.

Not surprisingly, investors are cheering this game-changing partnership, bidding up Cronos's shares by as much as 38% in premarket trading today. 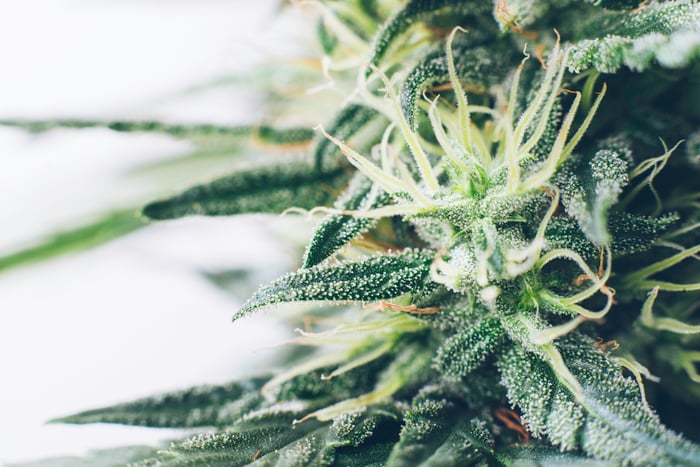 Altria's newly minted partnership with Cronos is important for two key reasons. First and foremost, Cronos will have a much healthier balance sheet in the wake of this deal -- enabling it to accelerate the build-out of its production facilities and perhaps even start making some fairly large acquisitions of its own. Secondly, Altria's decision to enter this space via a rather sizable equity investment should go a long way toward legitimizing this emerging industry in the eyes of both retail and institutional investors moving forward.

Now, there is an unspoken -- albeit extremely important -- component to this tie-up that investors need to understand this morning. Although cannabis consumption remains illegal at the federal level in the U.S., this deal should put Cronos in the catbird seat in terms of accessing the American marijuana market, once it becomes permissible to do so.

Altria, after all, already has the infrastructure in place to handle the inevitable regulatory hurdles that are likely to vary from state to state. No other Canadian or even American pot company can make that claim right now. Cronos's stock, therefore, may indeed be worth buying following this landmark partnership with Altria.