Please ensure Javascript is enabled for purposes of website accessibility
Log In Help Join The Motley Fool
Free Article Join Over 1 Million Premium Members And Get More In-Depth Stock Guidance and Research
By Maxx Chatsko - Dec 10, 2018 at 10:15AM

Multiple positive updates lifted the stock, but investors shouldn't get too far ahead of themselves.

Shares of Northern Dynasty Minerals (NAK 0.00%) rose over 55% last month, according to data provided by S&P Global Market Intelligence. The company, which owns the largest undeveloped gold and copper mine in the world, caught two separate tailwinds in November as it seeks to put the asset into production after years of failing to execute.

First, during the midterm elections Alaskans voted to elect a pro-development governor and also rejected a ballot measure that would have restricted the Pebble Project's ability to operate. Seeing as the asset has run up against environmental concerns for the past decade, investors were excited to see Pebble gain local and regional support.

Second, Northern Dynasty Minerals announced a right-of-way agreement with Alaska Peninsula Corporation, an Alaska Native village corporation representing the rights of hundreds of locals, which will provide unencumbered access to move construction equipment to and from the gold mine. 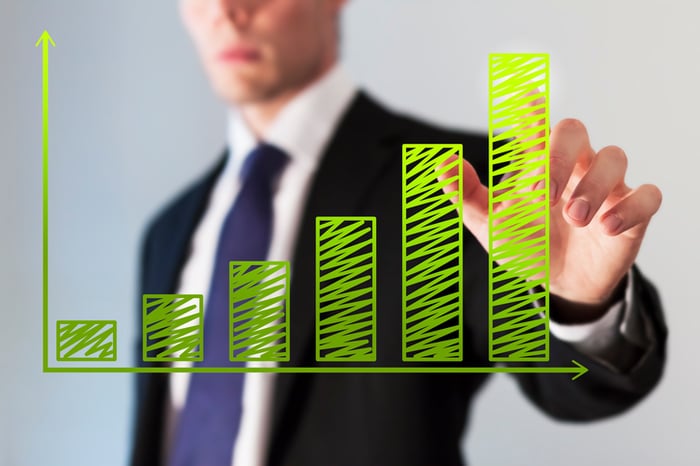 Northern Dynasty Minerals has struggled to get back on track after First Quantum Minerals, one of the world's leading copper producers, pulled the plug on a plan to develop the Pebble Project in May 2018. The asset would have been too expensive and faced too much uncertainty, in both the regulatory and environmental realms, to have been worth the hassle.

Since it appears no other mining major is willing to take on the monumental risk involved, that leaves the tiny Northern Dynasty Minerals to develop the project by itself. It doesn't look promising -- even after the positive developments in November -- especially considering the business ended September with only $21 million in cash.

That's because of the financial cost and time involved. Successfully bringing even a small section of Pebble on line will require hundreds of millions of dollars, the better part of a decade, and numerous regulatory milestones. After all that, Northern Dynasty Minerals will need to ramp up production and drive down production costs, which isn't a given. A handful of other gold miners have struggled to bring on line less ambitious projects this year due to various unforeseen factors.

Northern Dynasty Minerals may own the world's largest undeveloped gold and copper mine, but it sports a market cap of just $211 million for a reason. Simply put, it's a very risky gold stock that doesn't belong anywhere near your portfolio.