Spectrum is selling yet another business unit to the battery giant -- and shareholders on both sides kind of hated that idea.

Shareholders of Spectrum Brands Holdings (SPB 2.03%) and Energizer Holdings (ENR -1.43%) had a rough November. According to data from S&P Global Market Intelligence, Spectrum shares fell 24% last month, while Energizer's stock took a 23.7% haircut. Both companies reported earnings, but the bigger catalyst was found in a second deal that will transfer business units from Spectrum to Energizer. 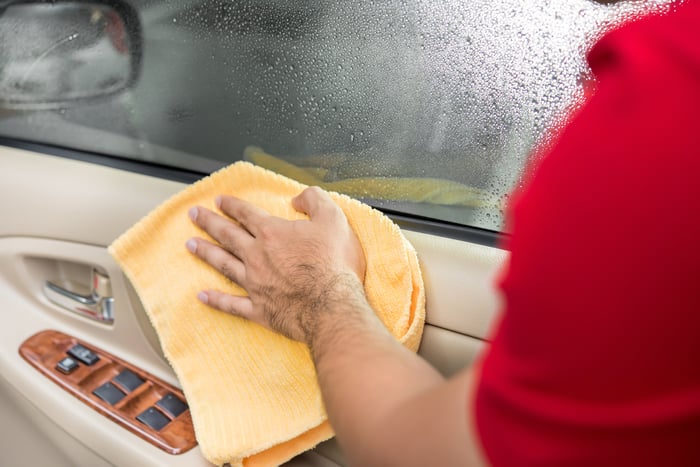 The two companies have been working on a $2 billion agreement since January that shifts Spectrum's battery and portable lighting products over to Energizer. That deal was tweaked in mid-November, removing the European line of Varta-branded batteries in order to appease the local regulatory bodies. At the same time, a second agreement was inked to sell Spectrum's auto care brands -- including Armor All and STP -- to Energizer for $1.25 billion.

Both stocks fell roughly 9% on that announcement and Energizer's mixed earnings report, which beat Wall Street's earnings targets but fell short on revenue. The next week, Spectrum missed analyst targets on both the top and bottom lines to send the stock another 19% lower.

With Rayovac and Armor All under its belt, Energizer will both strengthen its own core competency and add significant scale in new markets. On the downside, these Spectrum Brands deals don't come cheap and will leave the battery giant struggling under a heavy debt load. Energizer's credit rating was downgraded in June and is under review for another cut based on the car care deal.

As for Spectrum, the company continues to reshape its business in dramatic fashion. Most of the Spectrum Brands you see today was known as HRG Group until July of this year, when that company moved from being Spectrum's largest shareholder to a fully integrated part of the same company. If and when the Energizer deals close, Spectrum will focus on pet care, lawn and garden supplies, small household appliances, and personal care products. The stock is trading at a nearly two-decade low and shareholders are desperate to find a working turnaround strategy.

So the car care deal was supposed to be good for both of these companies, but it wasn't hard to find downsides to November's events for both of them.