Shares of Empire Resorts (NASDAQ:NYNY) skyrocketed 95.8%% in November, according to data provided by S&P Global Market Intelligence. The stock jumped following the unveiling of a new sports-betting partnership that could help energize the business. 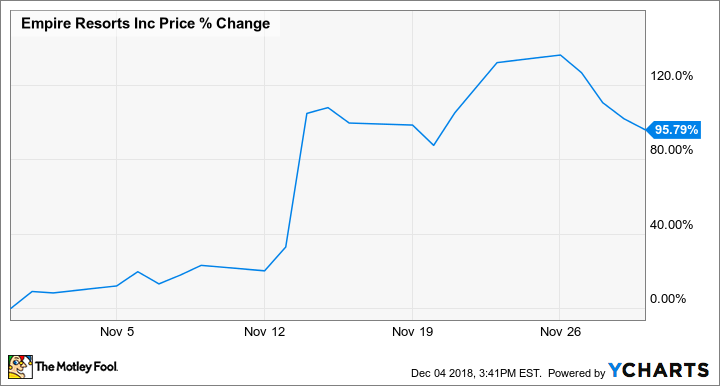 Empire published a press release on Nov. 14, outlining its new strategic alliance with bet365 that will see the two companies bring sports betting and online gambling to its Resorts World Catskills location in New York. Despite the big gains last month, Empire Resorts stock is still down roughly 60% year to date. 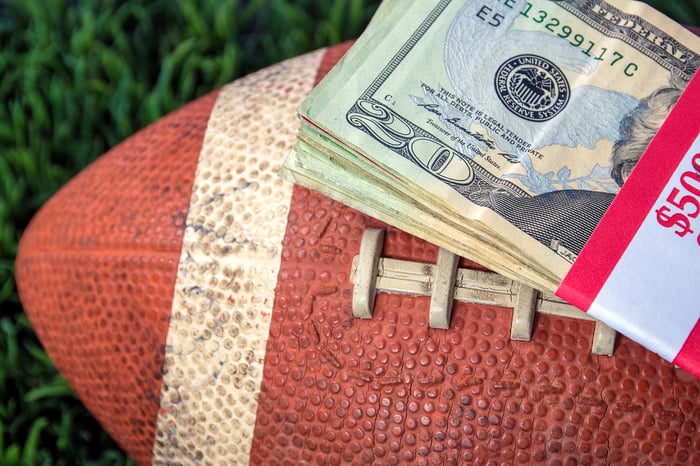 Empire Resorts is a small-cap company valued at roughly $350 million, so it's not unusual to see shares post big pricing swings in relation to news and earnings developments. The company's stock has been under pressure amid concerns that there's too much competition in the upstate New York market, expanding gaming offerings in nearby states New Jersey and Massachusetts, and underperformance from its newest casino. Concerns that rising interest rates will tamp down profitability in the resort and gaming industry also appear to have weighed on the stock.

Resorts World Catskills' phased opening began in February. The casino-resort was initially projected to bring in $250 million in revenue in its first year, but that target has been slashed to roughly $150 million. Costs associated with Resorts World Catskills are also contributing to expanding losses, so indications that the casino-resort could see increased traffic stemming from sports betting have significant implications for the company's outlook.

The following quote from the press release lays out the plans Empire Resorts and bet365 have to expand their sports betting business:

The deal will see the two companies evenly splitting profits from the joint business after bet365 has recouped costs related to the project, and an affiliate of bet365 has agreed to purchase a $50 million stake in Empire Resorts at $20 a share -- an 87% premium based on the stock's current price.

Empire Resorts has given up some of its November gains this month, with shares down roughly 14.6% in December so far. 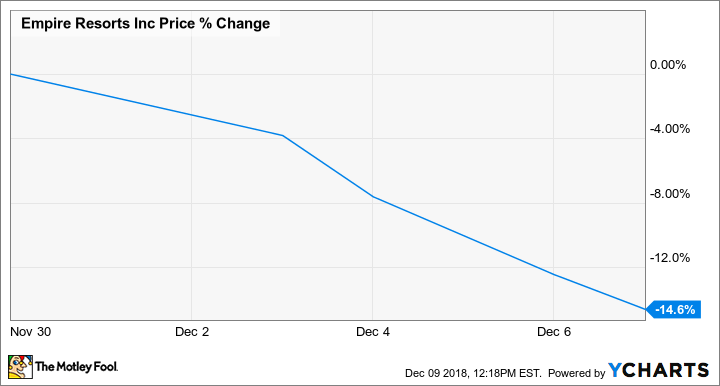 The push into sports betting could be crucial to getting the business to a profitable state. Empire Resorts has lost roughly $104 million over the trailing 12-month period and has rarely delivered profitable quarters over the last decade. New York's annual sports betting revenue is expected to hit $1 billion within the next five years, and Empire's Resorts World Catskills is currently one of only four casinos in the state that's licensed for sports betting, so the offering has the potential to be a major positive catalyst for the business.