Shares of Extreme Networks (NASDAQ:EXTR) gained 18.6% in November, according to data from S&P Global Market Intelligence. As is often the case, you'll find a solid earnings report behind that sharp surge.

The maker of data center networking equipment saw first-quarter sales rise 13% year over year, landing at $240 million. Adjusted earnings fell 50%, stopping at $0.08 per diluted share. Your average Wall Street analyst had been expecting earnings in the neighborhood of $0.03 per share on revenue near $233 million. The company also issued next-quarter guidance in line with analyst views and kicked off a $60 million share buyback program. The stock rose more than 11% higher that day.

Later in the month, Extreme Networks named Remi Thomas as its new CFO, filling a C-suite spot that had been vacant since September. 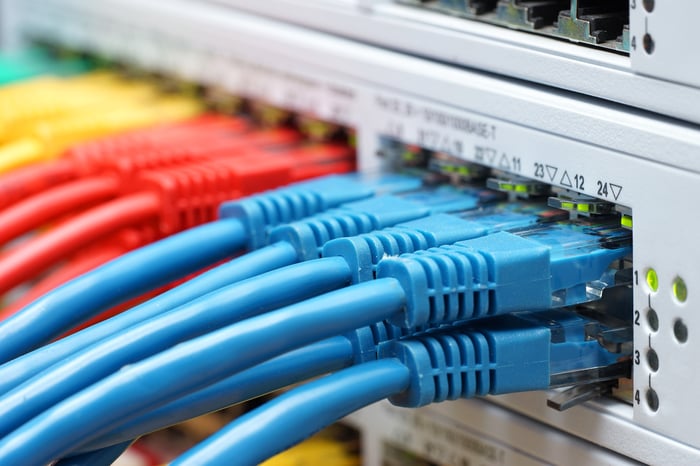 Data center networking is a hot ticket these days as businesses both large and small expand their efforts in fields like artificial intelligence, the Internet of Things, and business intelligence. All of these buzzwords involve moving large amounts of data around, both on a global and local level, so that high-powered computers can analyze the data in question.

Extreme compiled a top-to-bottom supplier for the data center out of its existing Ethernet solutions and several strategic acquisitions in 2017. Some analysts see the company stealing market share from larger rivals, making the stock look cheap at 7.5 times forward earnings. I wouldn't be surprised to see Extreme Networks posting some more big gains as this story plays out.