The optimism over OPEC’s latest deal has quickly faded.

Oil continued its recent volatility on Monday as prices slumped about 3%, with the global benchmark, Brent, closing just below $60 a barrel, while the U.S. benchmark, WTI, finished right under $51 a barrel. That slide comes one trading day after OPEC agreed to cut its production by 800,000 barrels per day starting in January. Instead of focusing on that positive, oil traders fretted over a potential slowdown in energy demand due to a weakening global economy.

The drop in oil prices weighed on most oil stocks today, with some getting hit harder than others. Leading the decliners were Weatherford International (NYSE: WFT), W&T Offshore ( WTI 3.03% ), Hi-Crush Partners ( HCRS.Q ), and Nabors Industries ( NBR 2.41% ), which all fell more than 11% on the day. 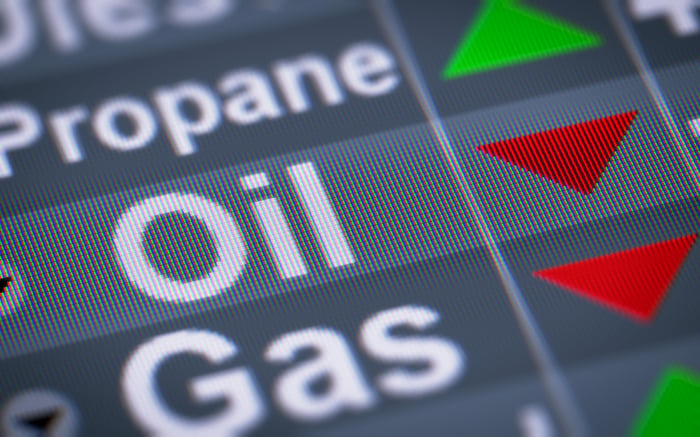 With oil prices now in the $50s, many oil companies don't expect to increase capital spending in 2019. Because of that, oil-field activities levels aren't likely to improve very much in the coming year, which could put pressure on service prices and equipment rates. That's bad news for oil-field service companies like Nabors Industries and Weatherford International, which could see additional downward pressure on their profitability in the coming year. That's especially concerning for Weatherford International as it desperately needs to see a pickup in activity levels and pricing given its dire financial situation. Nabors, meanwhile, has some balance sheet issues that it needs to sort out as well, which will get harder to do if oil prices continue declining.

Lower oil prices will not only impact the demand for oil-field services but also for key supplies like frack sand. That's why Hi-Crush Partners is under pressure as it's a key supplier of sand to oil companies in shale plays across the U.S. One of the issues is that oil companies are drilling wells but waiting to frack them until oil prices improve. As a result, demand for sand could fall in the coming months unless oil prices rebound, which could put more pressure on sand prices and Hi-Crush Partners' profitability

W&T Offshore, in the meantime, produces oil so lower prices will impact its bottom line. While the company did put some oil hedges in place that locked in higher prices, that won't completely shield it if oil continues falling. That's a concern because W&T Offshore still has a lot of debt on its balance sheet even though it has taken steps to shore up its financial position in recent years, which could weigh it down if oil's slump worsens.

Oil will likely remain volatile until the market starts seeing some positive data, such as higher-than-expected demand or a decline in oil storage levels. However, while an improvement in oil market fundamentals could lift crude prices as well as potentially lighting a fire under these beaten-down oil stocks, this group is riskier than most others in the sector. Consequently, investors should avoid these companies and consider this group of top-tier oil stocks instead.