The adhesive-dispensing specialist largely delivered as promised this quarter. Here's what investors need to know.

Nordson ( NDSN -0.62% ) announced strong fiscal fourth-quarter 2018 results on Wednesday after the market closed. The adhesive-dispensing systems leader highlighted modest organic growth from its two largest segments even over its exceptional showing in the same year-ago period, as well as strategic investments made with a long-term mindset.

With shares gaining ground in after-hours trading, let's take a closer look at how Nordson capped the fiscal year, and what shareholders should anticipate in the coming quarters. 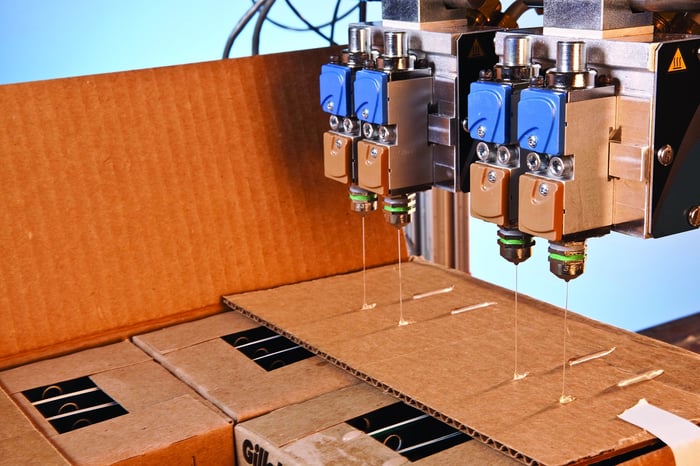 Despite tough comparisons to the prior year's fourth quarter, Nordson delivered solid results. Reported operating margin in the current quarter was negatively impacted by certain long-term investments, including facility consolidation efforts within the adhesives segment and costs related to the
launch of our new centralized shared service center in the United States. These investments will benefit both our customers and shareholders over the long term.

To that end, Nordson expects organic sales volume in the new fiscal 2019 to climb 3% to 5% year over year -- roughly in line with consensus expectations -- partially offset by a 2% foreign-currency headwind, assuming exchange rates remain consistent. Nordson also predicts that its adjusted operating margin and adjusted EBITDA margin will expand by roughly 100 to 150 basis points over fiscal 2018.

"We are forecasting that the strength of our end markets and our ability to execute on our growth initiatives will enable another year of solid organic sales growth in fiscal 2019, recognizing that the first quarter faces a very challenging comparison," Hilton elaborated.

All told, this quarter may not raise the eyebrows of many growth-hungry investors in today's market. But there was little not to like about this quarter relative to its promises in August, and Nordson seems to be taking steps in the right direction to cement its industry leadership and resume sustained, profitable growth.