Please ensure Javascript is enabled for purposes of website accessibility
Log In Help Join The Motley Fool
Free Article Join Over 1 Million Premium Members And Get More In-Depth Stock Guidance and Research
By Rich Duprey - Dec 15, 2018 at 8:05AM

The security-camera maker has encountered a number of setbacks since going public.

Arlo Technologies (ARLO -4.83%), a leader in wireless home-security cameras, hasn't had an easy time since being spun off from graphics-chip maker Netgear (NTGR -3.91%) in August. The stock was priced at $16 a share and raised $163 million, closing its first day of trading above $22 a share, a 38% gain. But it's pretty much been all downhill from there.

Today Arlo trades at just over $9 a stub, down 43% from the IPO and 63% below the highs it hit in the days after its offering. So, let's see whether this security-camera stock is worth investing in. 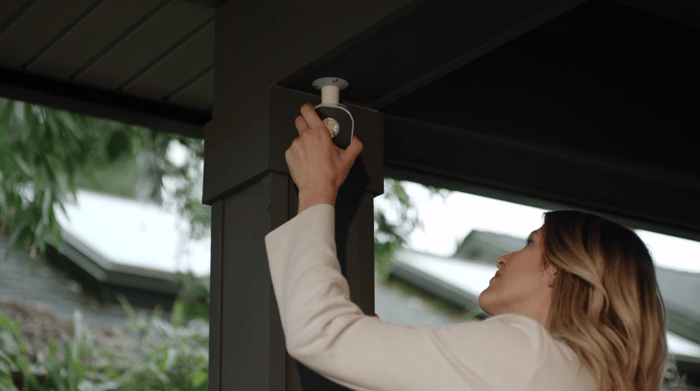 An issue of timing

Arlo's third-quarter earnings, released at the end of October, showed a solid effort, but also carried warnings of coming margin softness because of a promotional environment for the holidays, which added to investor concerns about falling growth rates in revenue, registered users, and paid subscribers. However, because Arlo expected its next-generation flagship wireless security-camera system, Arlo Ultra, to be commercially distributed at the end of November, the company still offered upbeat guidance.

Fourth-quarter revenue was expected to come in between $140 million and $155 million, 12% to 24% higher than a year ago, while non-GAAP gross margin was projected to be 13% to 15%. The company expected a non-GAAP operating loss of between 13% and 10% of revenue.

Yet after conducting its final tests on the Arlo Ultra before release, the company discovered a problem with the system's battery that will delay its release until January 2019. It has since resolved the issue, but management has indicated that the delay will essentially wreck the previous earnings forecast. Revenue is now expected to come in a range of $125 million to $130 million, meaning it will essentially be flat to up 4% year over year at most. Non-GAAP gross margins will fall to just 10%, and non-GAAP operating losses will be some 20% of revenue. Not surprisingly, Arlo's stock was slammed again following the Dec. 3 earnings revision.

It's clear Arlo is counting on the Ultra system to change its declining fortunes. Amazon.com has put a lot of pressure on Arlo since it purchased smart-doorbell company Ring and expanded both its security-camera offerings and the services that go with them. Similarly, Alphabet has increased the utility of its Nest line of smart-security devices.

Arlo needs something that makes it stand out, but it's not clear the new 4K camera product is the answer. Starting at $400, the Ultra is another pricey camera system, even if the quality is superior to that of products currently on the market from either Arlo itself or the competition. Both the Ring and Nest cameras offer 1080p HD video quality for half the price, a resolution level many may deem more than sufficient for the cost savings.

You can track a similar phenomenon in the premium smart-speaker market. Wireless speaker manufacturer Sonos (SONO -7.03%) is finding that the sound quality of Amazon's Echo is more than good enough for consumers because it carries a price tag substantially below that of Sonos devices.

The Ultra also comes with a one-year subscription to Arlo's Smart Premier subscription service, a $120 add-on that gives users customized notifications and e911 capabilities that guide first responders to the camera's location, not the user's. Ring and Nest products also offer notifications as part of the package, with enhanced services available for an additional fee.

Arlo still needs to prove itself

Arlo has packaged a premium product in the Ultra, but it remains to be seen whether there is a sufficient market for it. The camera maker is still contending with the number of users it's able to register and convert to paying customers -- which is why it's likely bundling the Smart Premier subscription with the camera. The company still needs to demonstrate that its business can be grown profitably.

Because Arlo is also trying to transition its business model from a primary focus on manufacturing to the offering of services as well, it's going through a period of great uncertainty. Therefore, it's hard to recommend Arlo Technologies even at this greatly reduced valuation until it can prove it's able to successfully straddle both worlds.