It might debut in early 2019, cost $10 per month, and could be another bright spot in the company's services segment -- if it can get publishers on board.

Apple (AAPL 4.01%) may be gearing up to launch a new magazine and news subscription service, according to a report published recently by Bloomberg. Rumors about a potential new content service have been swirling ever since the company bought Texture, a magazine subscription service app, back in March.

To better understand how Apple could benefit from an online news and magazine service, and what the potential hurdles are, let's take a quick look at some of the important aspects of this potential new service. 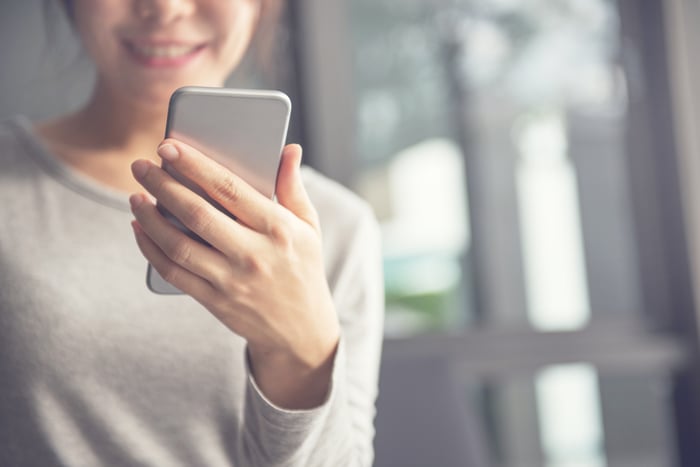 This means Apple could be in the final stages of securing partners for the new service. The timing isn't all that important to Apple's top line, but launching a new, monthly paid subscription would fit nicely into Apple's overall services revenue growth strategy.

In the most recent quarter, sales from Apple's services, which include Apple Music, the App Store, and Apple Pay, were up 27% year over year. The services segment is Apple's second largest by revenue behind the iPhone. With sales of its phones stagnating, Apple is likely eager to get its services revenue growing even faster than before.

There aren't any details on Apple's content partners just yet, but Apple will reportedly charge one flat price for access to the digital media. When the company bought Texture, it eliminated the two-tiered pricing program the company had previously used, changing it to just $10 per month.

Apple wants to make sure its users have access to all of the content in the app for that low price, so individual subscriptions to news agencies and other publications would be unnecessary. This would not only allow Apple to make money from the subscriptions generated from the app, it would also give the company control over the subscribers (they'd be Apple's customers instead of, say, Washington Post subscribers).

One of the most significant problems that Apple faces is convincing news agencies and publishers to go along with this plan. In one way, it's an easy sell. Print magazine sales aren't doing well, and many online publications -- save for a select few -- are still trying to figure out the best way to maximize their revenue.

On the other hand, no one's going to be eager to hand over all of their content to readers for a low monthly price. The music industry fought the idea for a long time, and the media world is doing the same right now. It may be too hard for Apple to convince enough publications to go this route. If that's the case, the service could be dead in the water.

As Bloomberg notes, Apple is trying to convince publishers that the sheer number of devices and users to which the service will be available will outweigh the risk of handing over subscription control to Apple. Media owners will be apprehensive to hand over the subscription process after they've worked hard to build out their own subscriber bases over the past few years.

It's unclear right now what cut of the subscription price would go to publishers and what Apple would keep. You may recall that Apple changed the percentage amount it pays to developers who sell subscription-based apps back in 2016 from the previous 70%-30% split to the current 85%-15% (though app developers need to get users to subscribe to the app and stick around for longer than a year to receive the more generous split).

Apple was late to the music streaming service market when it launched Apple Music, but it has since built that into a strong business with an estimated 50 million subscribers. If the company eventually sees similar success with a new subscription content service, it could provide a significant boost to Apple's services segment revenue in the coming years.

Apple is playing the long game in the services business, so investors should expect the company not to give up easily on the idea of selling subscriptions to news and magazines.