Speculation emerged last week that Facebook (NASDAQ:FB) could be building a pay-TV platform that could be part of Watch, the social networking giant's nascent video platform. The idea was that Facebook would try to sell subscriptions to premium content channels like AT&T's HBO, CBS' Showtime, or Lionsgate's Starz, among others, and keep a cut of any subscription revenue -- similar to what many tech peers do on their respective platforms. 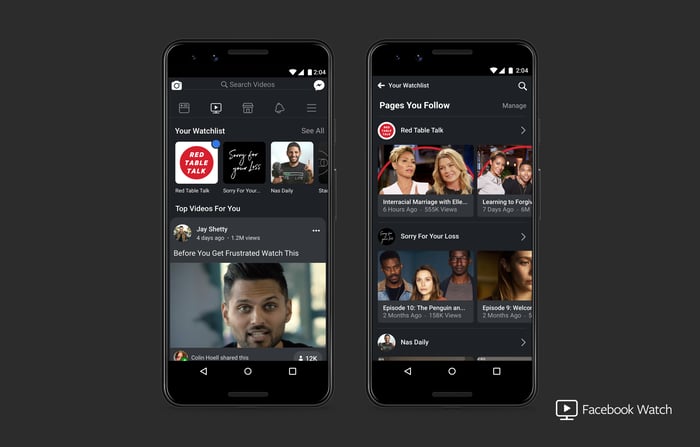 Variety reports that while Facebook did indeed have talks with cable channel operators, the company "currently has no plans to launch a subscription-video product and ultimately is unlikely to pull the trigger on a foray into the pay-TV world," citing anonymous sources. The company's executives thought that expanding into paid subscriptions would be difficult, as Facebook's core monetization model across virtually all of its services is advertising, according to the report.

The negotiations were always very preliminary, and never progressed to a point where Facebook was discussing detailed specifics about how the arrangement would work, including what cut the company would be entitled to. For reference, rivals tend to keep anywhere from 15% to 30% of subscription revenue. That's a potentially lucrative opportunity, but Facebook's effort to develop a video-oriented relationship with users is still inchoate.

Watch only launched internationally four months ago, and while Facebook recently touted that it now has 400 million monthly active users (MAUs), some of that initial engagement could merely be curiosity. Any user that watched just 1 minute of video qualified as an MAU. The level of sustainable engagement that Facebook can generate over time will be much more telling. That said, Watch's 75 million daily active users (DAUs) are spending an average of 20 minutes on Watch per day, a much more respectable achievement.

Watch is very much modeled after Alphabet's YouTube, which has similarly encountered challenges in growing a subscription business despite being one of the most heavily trafficked video platforms on the internet. Even YouTube is reverting back to monetizing original content with ads next year, while still selling premium subscriptions with other perks.

Third-party premium channels are universally available across just about all major platforms, so trying to sell subscriptions wouldn't really differentiate Facebook Watch either. Trying to launch both paid and free ad-supported offerings simultaneously would risk spreading itself out too thin, so it makes much more sense for the company to focus on its core competency of advertising.