Shares of truckmaker Navistar (NYSE:NAV) were up 11% as of 12:35 p.m. EST on Tuesday after the company reported strong results for its fiscal fourth quarter and full-year 2018.

Q4 earnings of $1.89 per share easily beat analyst estimates for $1.68. Sales, which came in above $3.3 billion, likewise exceeded expectations. 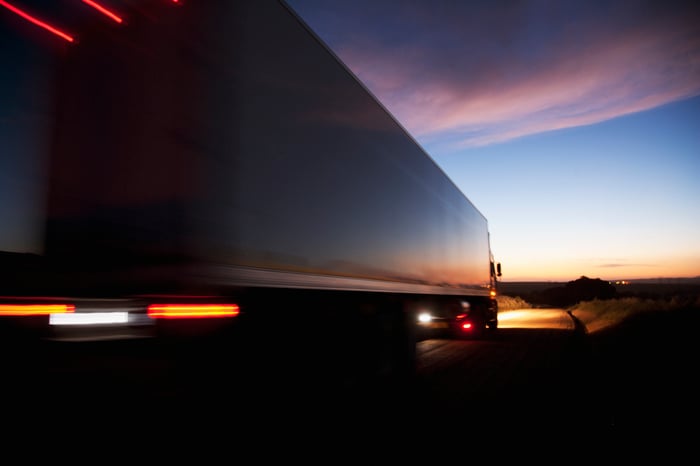 Navistar grew its quarterly profits 39% versus last year's Q4. Sales for the quarter increased 28% year over year, largely driven by a 45% increase in sales of Class 6-8 trucks and buses in the United States and Canada.

CEO Troy Clarke said that 2018 was a breakout year, and predicted sales of approximately $11 billion in fiscal 2019. (Wall Street is only looking for $10.6 billion).

On the other hand, management did not give GAAP earnings guidance for fiscal 2019, noting only that it expects adjusted EBITDA to range from $850 million to $900 million, up from $826 million for this flavor of profits in 2018. At the midpoint of that guidance range, adjusted EBITDA would grow 6%. Assuming similar growth in GAAP profits, Navistar might earn as much as $3.61 per share this coming year.

Wall Street, meanwhile, is still looking for $3.67 per share in profit, and could theoretically be disappointed if earnings don't grow as much as it expects in 2019.