Navistar "beat and raised," but that wasn't enough for investors. Should it have been?

Navistar (NAV) stock had a tough time of things on Thursday. Posting its fifth-in-a-row earnings beat, Navistar nonetheless missed sales estimates slightly -- and investors sold off its stock by 8.5%.

That doesn't seem to make much sense. Viewed objectively, it means that Navistar earned more money despite selling fewer trucks than expected, and thus was even more profitable than Wall Street thought it would be in Q3. This morning, analysts at Buckingham called out Wall Street on its illogical reaction to the earnings beat. (And the guidance raise, too. Did I mention that? Navistar hiked its revenue forecast by 3.6%). 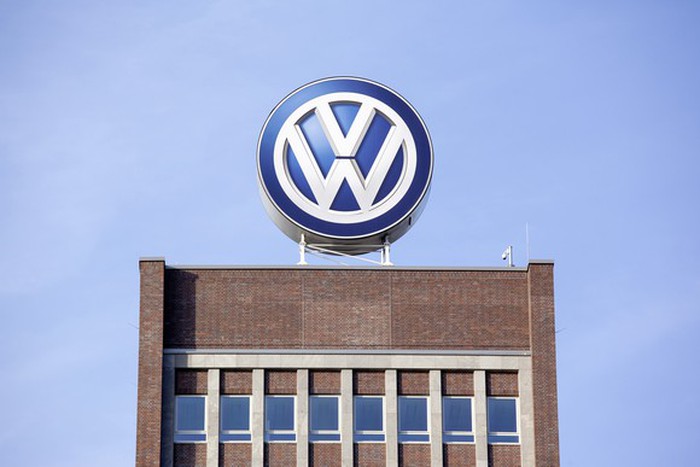 Despite its earnings beat, the best thing to like about Navistar may actually be Volkswagen. Image source: Getty Images.

Coloring itself "surprised" by Wall Street's reaction to Navistar's earnings results, Buckingham argues in a note covered by TheFly.com this morning that Navistar stock's "risk/reward is now attractive given significant increases in [the analyst's] EBITDA forecasts" -- especially at the stock's now-lower share price.

At today's prices, Buckingham believes Navistar stock is actually a buy, and likely to go to $48 a share within a year (it costs $37 and change right now). But does the valuation actually justify that price target?

What Navistar reported in Q3

Let's review the latest numbers and find out. On Thursday, Navistar reported a 350% year over year rise in net income to $1.71 per share in its fiscal third quarter 2018. Granted, about 23% of those profits came from what Navistar considers one-time items. But even pro forma, Navistar's earnings would have been $1.31 per share.

Revenue growth, while not quite that strong, was certainly strong enough. Sales for fiscal Q3 grew 18% year over year to $2.6 billion, largely on strong demand for Navistar's Class 6, 7, and 8 trucks and buses in the U.S. and Canada.

Commenting on why earnings surged ahead so much faster than sales, Navistar CEO Troy Clarke explained: "We had a strong quarter that took full advantage of healthy industry volumes and the market's enthusiasm for our new products." The company even captured an additional 2.7 percentage points worth of market share in Class 8 trucks.

With these numbers now in the record books, Navistar has earned a total of $287 million in net profit over the past 12 months, its best result in seven years. Yet at $3.7 billion in market capitalization, the stock now sells for only 12.8 times trailing earnings.

And yes, that certainly sounds cheap. But here's the thing: If you take a look at Navistar's balance sheet, you'll find that this company is still carrying around about $4.5 billion in net debt. Navistar's enterprise value, therefore, is more like $8.2 billion, and thus its enterprise value-to-earnings ratio is a much less attractive 28.6.

Can Navistar grow fast enough to justify that multiple to earnings? I'm not entirely sure. On the one hand, yes, GAAP profits grew strongly in Q3, but they did so off an exceedingly low base. And according to analysts surveyed by S&P Global Market Intelligence, Navistar is only expected to average 5% annual earnings growth over the next five years.

On the other hand, though, Navistar's new and improved sales forecast for fiscal 2018 calls for sales to grow about 21% in comparison to fiscal 2017 sales -- even faster growth than Navistar showed in Q3. That prediction suggests that things are still improving for Navistar, and not slowing down as Wall Street's 5% forecast suggests.

With a high valuation but a mixed forecast for growth, Navistar looks like an iffy prospect for individual investors to buy. But as Buckingham points out, they're not the only ones interested in buying. In Buckingham's view, it's important to also consider the possibility that Volkswagen's truck-building subsidiary Volkswagen Truck & Bus (now known as Traton), which bought a 16.9% stake in Navistar in 2016, might come back and buy more in the event it gets spun off from its parent company in 2019.

"The TRATON alliance," says the analyst, could conduct "a complete takeover" of Navistar in the near future, buying the stock at a premium and rendering the valuation of solo-Navistar irrelevant to individual investors.

Given that prospect, and given how well Navistar just performed in Q3, I'm inclined to agree with Buckingham on this one. Despite its debt load, Navistar stock is worth a look.