It's been a busy year in terms of companies graduating from Alphabet's (NASDAQ:GOOG) (NASDAQ:GOOGL) X, otherwise known as the company's moonshot factory. Over the summer, X announced that Loon and Wing had graduated. Loon delivers cellular connectivity with a network of balloons that float near the edge of space, while Wing is developing a platform to manage autonomous drones. The experimental development company is now announcing its third graduation this year: Malta. 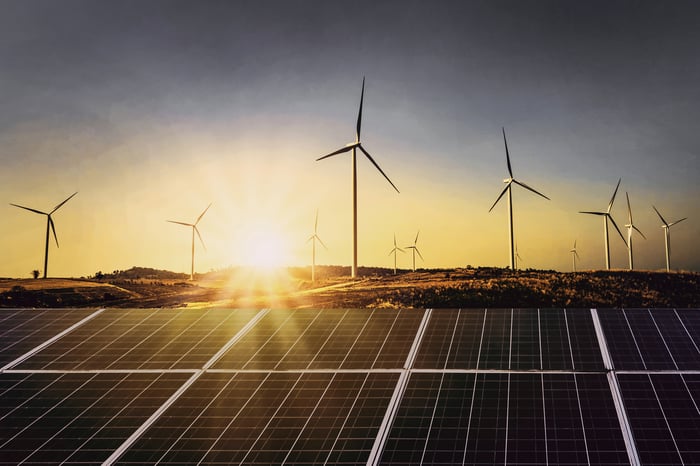 X has been incubating Malta for a couple years now, and it is now being spun off as an independent company. Malta is developing a new energy storage technology that uses molten salt and can be applied at large scales to support power grids. The company hopes the approach will lower costs associated with storing renewable energy.

After renewable energy is generated, the electricity powers a heat pump to convert electrical energy into thermal energy, which is then stored either as heat in molten salt or cold in chilled liquid. When the energy is needed, a heat engine converts the energy back into electricity, which can then be transmitted into the grid. 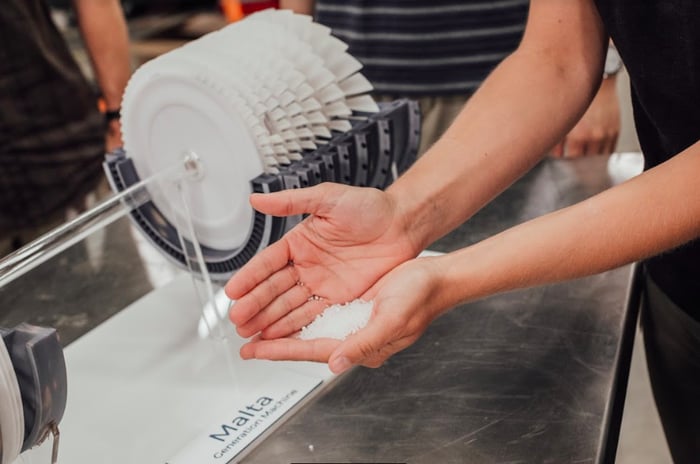 The underlying components and raw materials are cheap and abundantly available -- things like salt, steel, air, and antifreeze -- which contributes to potential cost reductions. Malta will inevitably compete with companies like Tesla, which has a growing energy business that sells grid-scale battery packs that are also intended to harness renewable energy and reduce the need for traditional peaker plants.

Grid-scale storage has long been one of the key bottlenecks that has slowed the adoption of renewable energy, but falling costs are driving considerable growth in deployments. Bloomberg New Energy Finance expects over $620 billion to be invested in the global energy storage market over the next two decades, underscoring the opportunity that Malta is pursuing. 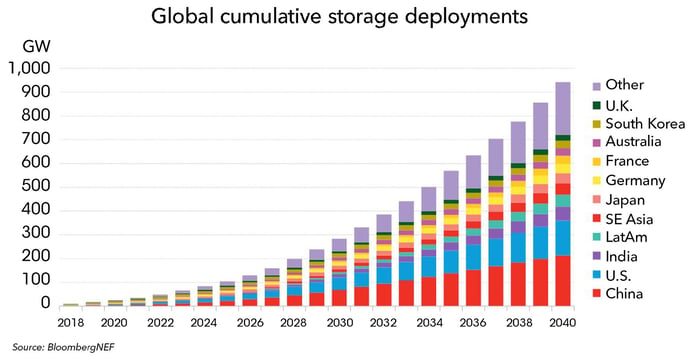 In conjunction with the graduation announcement, Malta also said it had raised $26 million in Series A funding led by Breakthrough Energy Ventures, which was launched in 2016 by Bill Gates to support clean energy development. Among its investors are prominent industry titans like Jeff Bezos, Michael Bloomberg, Jack Ma, Masayoshi Son, and Richard Branson. Other investors in the round include Concord New Energy Group and Alfa Laval.

As a new company, Malta says it is now ready to design and build its first megawatt-scale pilot plant.