Shares of Chipotle Mexican Grill (NYSE:CMG), a leading fast-casual Mexican restaurant, are continuing their recent slide, dropping 6.2% as of 3:23 p.m. EST on Thursday after broader uncertainty sent markets lower. But there's a lesson here for investors.

Two major factors have sent Chipotle, among many other stocks, lower over the past week: the looming government shutdown and the highly anticipated rate hike from the Federal Reserve. Chipotle's stock has dropped roughly 15% over the past week, culminating in Thursday's drop after President Donald Trump told House Republicans he had no intention of accepting a stop-gap measure to prevent a partial government shutdown.

The shutdown talk only added to the pain from the prior day, when the Fed's comments failed to easy investor concern that the central bank is making policy mistakes. On Wednesday, U.S. stocks dropped after the Fed increased its benchmark interest rate for the fourth time this year, with two more increases likely in 2019. "I think the market reaction is completely overblown," Treasury Secretary Steven Mnuchin told Fox Business, adding that he thought the market was disappointed in the chairman's comments. 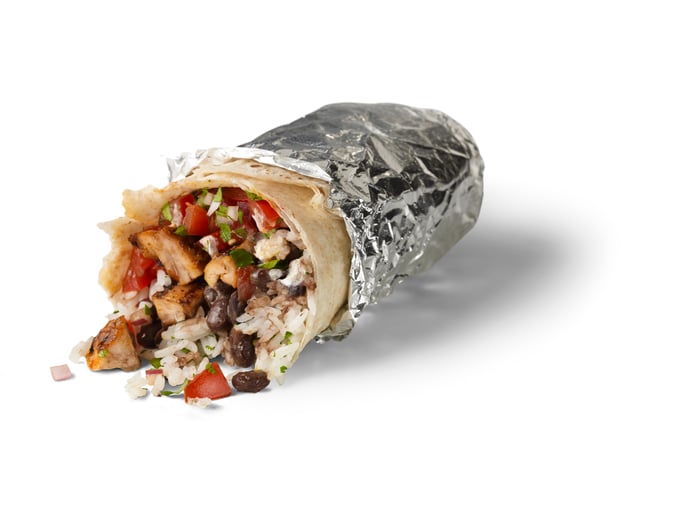 But this serves as a good reminder for long-term investors: Stocks go up and down due to broader factors out of our control, and although you must pay attention to the potential government shutdown and rate hikes, what's more important in the long term is your core investment thesis. And Chipotle has momentum from its third quarter and plenty of things to look forward to.

Remember that it posted 8.6% sales growth during the third quarter, and adjusted earnings jumped more than 60% year over year to $2.16 per share. Furthermore, Chipotle has a number of factors that could drive growth, including pickup windows for digital orders, a loyalty program, and new menu items. Long-term investors would be wise to keep up with broader concerns, but also take Chipotle's 6% decline Thursday with a grain of salt.