2018 was a lively year for initial public offerings (IPOs). As has been the case for many years, a good number of those fresh stock issues (nearly 30% of the total) came from the tech sector.

Some of the new tech stocks have flown high in that way new tech stocks are often expected to. Others have struggled to get off the ground, underperforming the S&P 500 since their market debuts. Here's a look at three companies in the latter category. 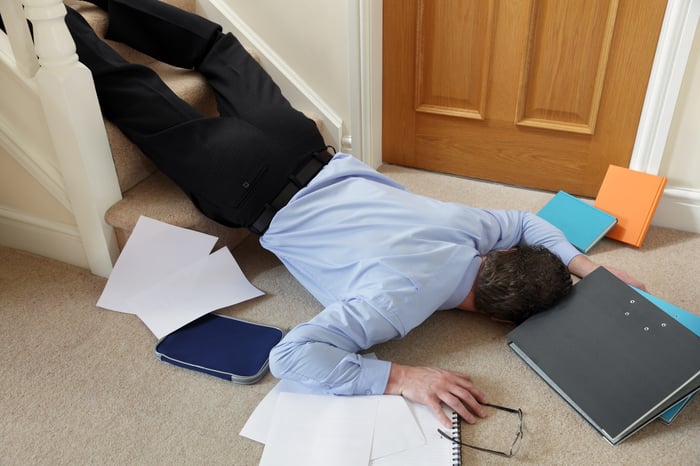 The largest streaming music service in the world, Spotify Technology (NYSE:SPOT) hit the market in April in an unorthodox direct-to-investors IPO that valued the company at a very meaty $26.5 billion after its first day of trading. The novelty hasn't been enough to carry the shares, though, and Spotify's first reported quarters as a publicly traded company generally met but did not surpass expectations.

Yes, the company has been showing growth in crucial areas (total subscriber count, for example, and revenue). But it's got big, determined competitors in the likes of Pandora and Apple (NASDAQ:AAPL). In fact, in mid-2018, Apple Music passed Spotify in terms of subscriber headcount in the all-important U.S. market.

It's doubtful Apple will rein in its Apple Music push anytime soon, and the King of Cupertino is only one competitor. So Spotify will really have its work cut out for it going forward. 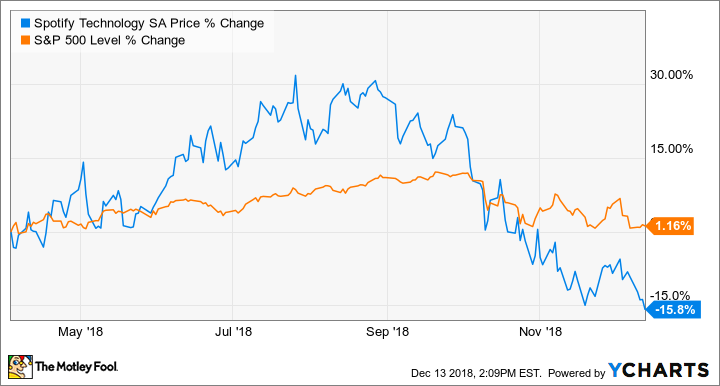 Arguably the most familiar name in consumer cloud storage, Dropbox (NASDAQ:DBX) saw some monster gains in stock price in the wake of its March IPO.

At least initially, the market seemed impressed by the company's straightforward and compelling business model. Investors also liked its No. 2 position in terms of market share, its big user base (a whopping 500 million-plus, although the vast majority don't pay for premium services), and its well-in-the-black free cash flow figures, among other encouraging factors.

But recently, several high-profile investors have pulled their money out of Dropbox. Such moves rarely grow confidence in a company. And being No. 2 isn't being No. 1; that prize belongs to very rich tech behemoth Alphabet and its Google Drive.

That said, Dropbox has plenty going for it. It's still clocking decent revenue growth, while management is constantly improving the usability and reach of its products, particularly for the crucial business market. We shouldn't be surprised, then, if Dropbox shares start to outpace the S&P 500 before long. 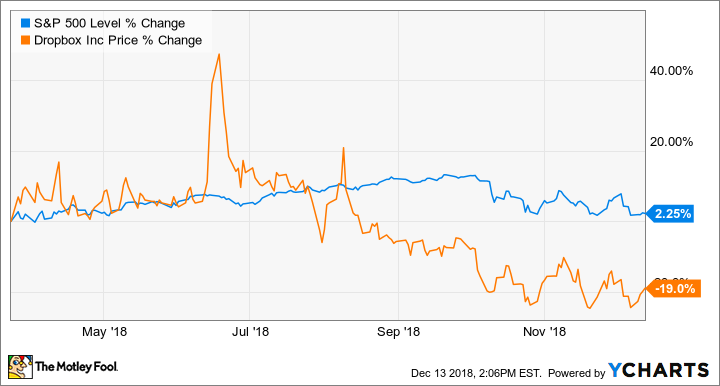 SVMK's (NASDAQ:MNTV) core asset SurveyMonkey is a big name in online polls. Similar to Dropbox, SurveyMonkey has a strong market position and a great many users, although the bulk of these utilize the company's free products instead of its premium offerings.

But the company hasn't posted the kind of revenue growth investors like to see in ambitious new stocks. Meager growth plus a narrow business focus and low barriers to entry for competitors have kept a lot of investors away.

Yet there are some big-time believers in both the survey segment in general and SurveyMonkey in particular. A rival company, Qualtrics, was snapped up by enterprise software king SAP in a splashy $8 billion deal. Meanwhile, salesforce.com ponied up $44 million to become a big SurveyMonkey shareholder.

Going forward, the company is getting closer to profitability, with analysts forecasting breakeven on the bottom line for the company's current quarter. It's very possible fresh optimism will seep into the stock, especially if the survey and analytics market is as full of potential as big players like SAP and Salesforce seem to believe. 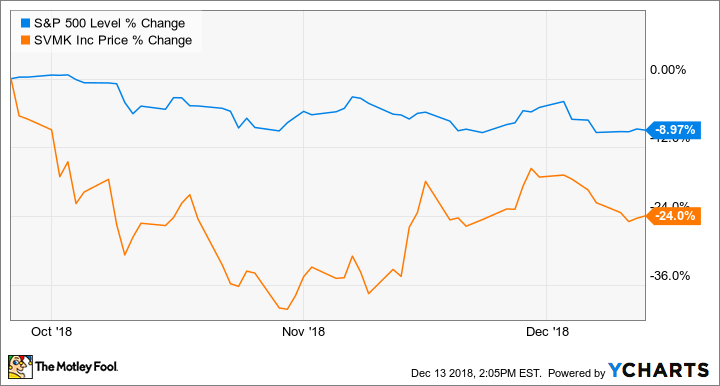