Please ensure Javascript is enabled for purposes of website accessibility
Log In Help Join The Motley Fool
Free Article Join Over 1 Million Premium Members And Get More In-Depth Stock Guidance and Research
By Keith Speights - Dec 21, 2018 at 7:45AM

Landing a major partner wasn't as big a deal for the Canadian marijuana grower as it might appear to be at first glance.

You'd think that news of another deal between a Canadian marijuana producer and a big company outside of the cannabis industry would cause said Canadian marijuana stock to soar. And you'd especially think shares would absolutely skyrocket if the stock in question was Tilray (TLRY). After all, Tilray stock soared nearly 14% in one day last September because the company shipped cannabidiol (CBD) oil to the U.K. -- to one patient.

Tilray announced on Wednesday after the market closed that it was partnering with giant beermaker Anheuser-Busch InBev (BUD 2.27%) to research nonalcoholic beverages containing tetrahydrocannabinol (THC) and cannabidiol (CBD). Although Tilray's share price did move higher on Thursday, its single-digit-percentage increase was relatively unremarkable for the highly volatile stock.

Why didn't investors get as excited about Tilray's deal with AB InBev as you might think they would? There are three main reasons. 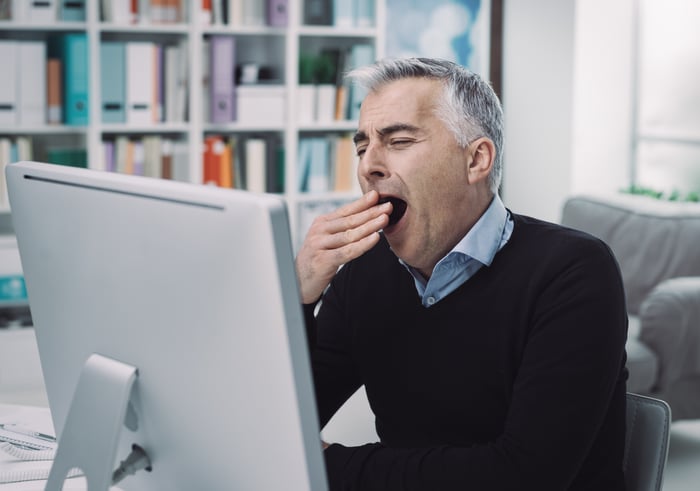 1. Tilray isn't getting any money

When Constellation Brands (STZ 1.74%) first announced a partnership with Canopy Growth (CGC -5.25%) in 2017, the big alcoholic beverage maker forked over 245 million in Canadian dollars (around US$190 million) for a 9.9% stake in the marijuana grower. In August 2018, Constellation invested an additional $4 billion in Canopy.

And when tobacco giant Altria (MO 2.37%) announced that it had picked Cronos Group (CRON -6.05%) as its cannabis partner, there was also a lot of money changing hands. Altria invested around $1.8 billion for 45% ownership in Cronos.

But Tilray isn't getting a penny from AB InBev. Instead, the two companies are each putting up $50 million to form a joint venture. Their deal is more similar to the one between Molson Coors Brewing (TAP 2.05%) and Hexo (HEXO -0.64%). In August, the two companies announced that they were forming a joint venture with Molson Coors Canada owning a 57.5% controlling interest.

2. The deal is narrow in scope

Molson Coors and Hexo are only focusing on the Canadian recreational marijuana market, too. But at least the companies plan to launch cannabis-infused beverages together, just as Constellation and Canopy plan to do. Tilray and AB InBev, however, stated that "decisions regarding the commercialization of the beverages will be made in the future."

That phrasing doesn't provide a warm-and-fuzzy feeling that Tilray has found itself a committed partner. Granted, Tilray and AB InBev could launch dozens of new products together. But they're definitely not committing to do so now, which makes their relationship appear to be even more loosey-goosey than the one between Molson Coors and Hexo.

Why might AB InBev not want to establish too tight a relationship with Tilray? There's a twist in the story that makes things very interesting.

Altria owns nearly 10% of AB InBev. As mentioned earlier, Altria is also acquiring a 45% stake in Cronos Group. Does Cronos Group plan to develop cannabis-infused beverages? Yes. Would these beverages compete against any launched by Tilray? Yes. Would Altria prefer that one company that it partially owns not take market share away from another company that it partially owns? Again, the answer is very likely "yes."

This doesn't necessarily mean that Tilray and AB InBev won't decide to market products together. While Altria will heavily influence decisions made by Cronos Group, its position in AB InBev isn't large enough that the company can call all the shots with the beermaker. You have to think, though, that Altria's stake in Cronos Group could be a consideration when the commercialization decisions between AB InBev and Tilray are made.

Does the deal help Tilray?

However, the AB InBev partnership is a win for Tilray for a couple of reasons. First, any relationship with a company as prominent as AB InBev gives a smaller partner added credibility. There were other marijuana producers that AB InBev could have teamed up with, but it chose Tilray.

Second, the joint venture with AB InBev could pay off financially for Tilray. AB InBev brings expertise in developing new beverages that Tilray doesn't have. And the big beermaker is picking up half of the tab for the research. That's good news. In addition, the possibility still exists that Tilray and AB InBev could work more closely together in the future, regardless of the Altria connection.

Tilray CEO Brendan Kennedy still maintains that the company doesn't need a major partner to make a big investment in it. I disagree. But at least Tilray is showing that it can attract interest from big companies without them ultimately walking away. That's more than some of its rivals can say right now.

4 Things to Know About the FDA's CBD Guidance

Is Marijuana Competitive or Complementary to Alcohol Sales?