It's been a rough few months for the virtual reality (VR) industry, and the news seems to keep getting worse. After raising over $100 million, early 3D-app start-up Jaunt is exiting VR content creation and distribution, video game company Starbreeze has decided to drop out of VR altogether, and now IMAX (NYSE:IMAX) is shutting down its VR operations, too.

These were once three of the biggest names in virtual reality. In the case of IMAX, it's difficult to see one of the strongest companies in the industry give up on VR, but this move may have been inevitable for some time. 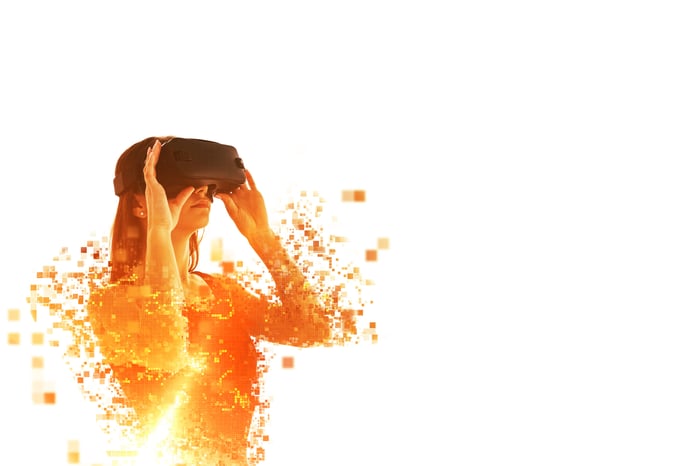 In 2016, it looked like IMAX was positioning itself to become a power player in virtual reality. The company set up a $50 million fund to develop a catalog of content, and spent an undisclosed sum building six VR centers around the world. The goal was to turn its virtual-reality multiplexes into the next evolution of movie theaters. Exclusive content could be offered through these new centers, where the company expected it would be able to charge $10 or more for just 10 minutes of VR experience.

In reality, attendance was disappointing and IMAX resorted to releasing its content on in-home devices like the Oculus Rift and HTC Vive, eliminating the need for people to go to its VR centers. Content was also lacking -- a problem the entire VR industry has grappled with as consumer device sales have lagged.

Recently, IMAX tried turning to more traditional VR content built for arcades, like Arizona Sunshine's zombie shooter game, which is also available at other VR location-based entertainment concepts. The problem in trying to replicate the arcade experience is that IMAX's centers were set up to give single players a 10- to 15-minute VR experience, a concept that hasn't been successful thus far because it requires high throughput. Some arcades are moving to a more social concept where groups rent headsets for one to two hours and jointly experience a broad range of content, something that wasn't possible under IMAX's business model, nor within the physical layouts of its VR spaces.

The straw that broke the camel's back?

It shouldn't go unnoticed that Google ended its VR camera development project with IMAX in August, and Star VR, which made the headsets IMAX used in its VR centers, is shutting down its VR business. To continue to offer a VR experience, IMAX would have had to switch from Star VR's wider-screen models to standard VR headsets, eliminating whatever technical it might have been leaning on to attract consumers.

Star VR parent Starbreeze was also a big potential content partner, and losing that pipeline may make VR less attractive to IMAX over the long term. Add it all up, and it appears that IMAX decided it didn't want to go downmarket to compete with lower-cost VR arcades.

It's been a difficult road for the established movie and tech players that have tried to enter the VR market. No one has devised a winning strategy yet, and well-funded companies are either ending their VR development plans or shutting down altogether. With IMAX leaving the field, there aren't many big players left standing.