In a market that has seen the S&P 500 lose 10% of its value this past year, one stock continues to shine bright: Amazon.com (NASDAQ:AMZN). Buoyed by incredible commercial success (sales up 29% last quarter, and profits up 1,000%!), Amazon stock is flying high.

And it's pulling Air Transport Services Group (NASDAQ:ATSG) stock up along with it.

On Friday, shares of the mercifully abbreviated ATSG jumped more than 10% on news that Amazon has expanded its relationship with the cargo aircraft operator and lessor, contracting to use more of ATSG's airplanes, and potentially taking a bigger ownership stake in the company. In response, analysts at Imperial Capital announced this morning that they're upgrading ATSG shares. Here's what you need to know. 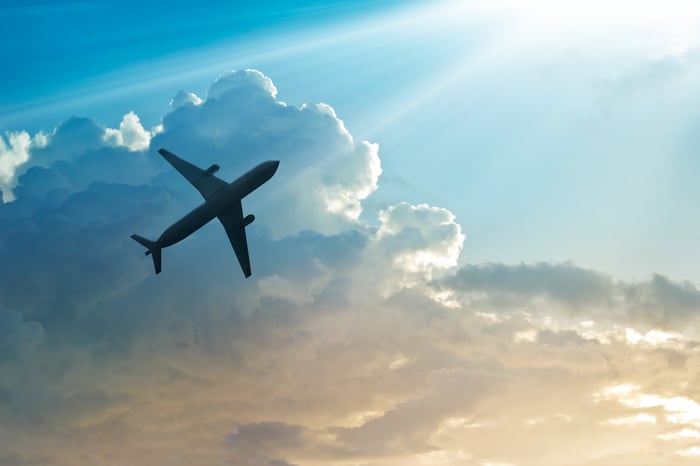 Air Transport Services Group actually had two announcements to make last week. First and foremost and most relevant to Amazon, ATSG has contracted to lease and operate for Amazon.com's "Amazon Air" delivery service 10 more Boeing 767 freighter aircraft. Five of these planes will come on line in 2019, and five more in 2020, and Amazon will lease the planes for at least 10 years, and possibly as long as 13.

On top of this development, ATSG says it is extending the leases for the 20 Boeing 767s it already operates on Amazon's behalf -- ­and that Amazon has taken out options to lease as many as 17 more airplanes from ATSG. Between the 10 planes Amazon is now guaranteed to take, and the 17 more than it might take, there's now the potential that Amazon will more than double the amount of business it gives ATSG in future years.

And on top of that, ATSG noted it has issued Amazon warrants to acquire even more of its stock (should Amazon so desire) -- enough warrants to potentially give Amazon a 33.2% or even a 39.9% stake in the company.

To support this expansion of its business relationship with Amazon, ATSG says it has also secured rights to acquire 20 additional 767s, currently operated by American Airlines as passenger liners, and to convert them into freighters over the next three years. Once acquired, ATSG will have a fleet of 59 such 767-300ER extended range transports (as well as six 767s configured for passenger transport, and multiple other Boeing aircraft of various sizes).

What Imperial Capital said about that

Encouraged by this expanded relationship with Amazon, Imperial Capital announced this morning that it's expanding its valuation estimate on the stock, raising its target price on Air Transport Services Group 42% to $27, and assigning an outperform rating. As Imperial explained in a note covered on StreetInsider.com (subscription required), the more than doubling of ATSG's relationship with Amazon presages "strong revenue and earnings growth" for ATSG, "at least through FY20."

Last week's news could be good for Air Transport Services Group shareholders in at least two ways. On the one hand, more business from Amazon validates analyst estimates that ATSG will enjoy at least 15% annualized earnings growth over the next five years, as reported by S&P Global Market Intelligence -- and perhaps much more. Indeed, some estimates call for ATSG growing its earnings by 66% over the next couple of years alone, from $1.19 per share this year to $1.98 per share by 2020.

On the other hand, if and when Amazon begins exercising its warrants to acquire a near-40% stake in ATSG, this can be expected to drive the share price up further as other investors follow Amazon's lead. At a share price barely 10 times earnings estimates two years out, ATSG stock looks like a bargain either way -- but the possibility of Amazon taking and growing an ownership stake in the company holds the potential for showering even greater rewards on shareholders.