Why was this curious? Because of the three stocks named, only Delta issued an earnings warning today. 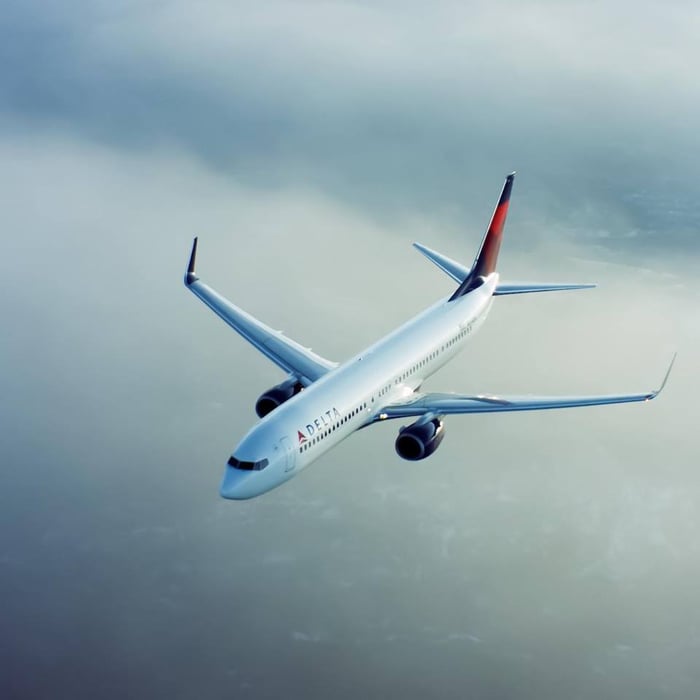 This morning, in an 8-K filing with the Securities and Exchange Commission, Delta warned investors that it expects total revenue per available seat mile (TRASM) for the fourth quarter of 2018 to come in only about 3% higher than in Q4 a year ago. That's after having predicted just one month ago that TRASM would grow 3.5%.

Delta noted that it still expects adjusted earnings to come in between $1.25 and $1.30 per share -- at the high end of previous projections -- with pre-tax profit margins up significantly from last year's 9.8%, at 10% to 11% in this year's Q4. That sounds like good news, but investors are accenting the negative development in sales growth, and focusing on Delta's warning that its "pace of improvement" in revenue growth in late December was more modest than anticipated.

Because so many air travelers are agnostic about the airline they choose, basing their decision more on fare price, weak ticket price trends at Delta could spill over and affect other airlines. Hence the sliding share prices at Southwest and American, neither of which has yet to issue an earnings warning of their own.

One imagines it's that "yet" that has investors feeling nervous today. Delta has dropped one shoe. But investors in Southwest and American aren't waiting around to see which shoe drops next. Instead, they're following the stampede out of airline stocks.

Is making discretion the better part of valor the right call? Perhaps. Fear may be the correct response to what's happening at Delta today. But I have to say that -- with Delta stock selling for just 9 times earnings today, and Southwest even cheaper (at 7.3 times earnings) despite not having echoed Delta's earnings warning yet -- investors might want to heed Warren Buffett and be greedy because others are fearful.