With its payout intricately tied to oil prices, a decline in Brent and West Texas Intermediate crude oil dragged down shares of the trust.

Shares of oil and gas royalty trust BP Prudhoe Bay Royalty Trust  (BPT 0.31%) declined 14.1% in December, according to S&P Global Market Intelligence. Unsurprisingly, the decline happened to coincide with a significant drop in oil prices, as well as a rare announcement from its trustee to increase the trust's retained cash.

BP Prudhoe Bay Royalty Trust is a unique investment in the oil and gas industry. Instead of owning a share of a company, you own royalty rights of a tract of land in Alaska's Prudhoe Bay that's operated by oil supergiant BP (BP 0.19%). Those royalty rights entitle you to a portion of each barrel of oil that tract of land produces, minus management and operating fees. All of that revenue is then returned in the form of generous dividends. As of this writing, BP Prudhoe Bay Royalty Trust's shares had a dividend yield of 26%. 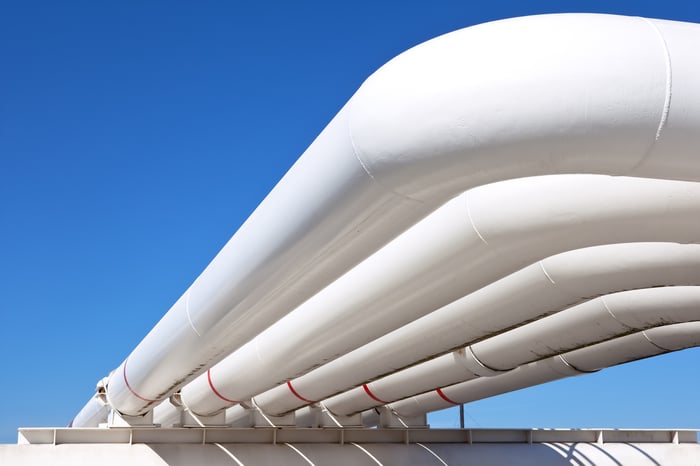 Since this stock directly owns royalty rights on producing assets, it also means that its revenue and payout will vary every quarter on oil prices. So whenever oil prices move, shares of the trust tend to follow suit. This past month, the price of oil dropped about 10%.

In addition to the drop in oil prices, the manager of the trust announced that it would change its payout slightly to retain more cash for operating purposes. The amount is rather modest -- the greater of $33,750 or 0.17% of cash available for payout each quarter -- and will stop once the trust has retained $270,000 for future expenses. It's not much in the long run, but few investors like to hear that less money will be flowing into their pockets.

The Prudhoe Bay reservoir has been a prolific source of oil for both the royalty trust and BP itself. As per the rules set in the trust, it receives a percentage of the first 90,000 barrels per day from that particular tract of land. The trust's land hasn't met that threshold since 2014, though, and BP doesn't anticipate it will be able to expand production on the trusts land despite a scheduled seismic survey this year to extend the life of the entire Prudhoe Bay area.

For investors, this means distributions are likely to decline over time as its production declines. It may get a boost from oil higher oil prices, but the combination of a perpetual field decline and volatile oil prices makes it hard to justify a long-term investment in this trust.