Disappointing dividends and some future business concerns held these stocks back.

The stock market saw both ups and downs on Monday, with the Dow Jones Industrial Average posting losses while the Nasdaq Composite eked out a modest gain. A decline in a single high-profile component of the Dow was largely responsible for the average's drop, but more broadly, investors seemed to be torn between positive sentiment about the potential of the U.S. economy to keep expanding and the growing list of concerns about the future. Poor performance from some individual stocks also weighed on sentiment. BP Prudhoe Bay (BPT -3.32%), Spirit AeroSystems Holdings (SPR -4.91%), and Roku (ROKU -2.89%) were among the worst performers. Here's why they did so poorly.

Shares of BP Prudhoe Bay dropped 14% after the royalty trust reported its most recent dividend distribution. The Alaska-focused oil investment said that it would pay out a bit less than $0.345 per share for the first quarter on average daily production of just over 77,000 barrels. That's a far cry from the $1 to $1.45 per share that BP Prudhoe Bay has paid over the previous four quarters, even though production levels remained relatively flat. The royalty trust had warned investors it would start boosting its cash reserves, but shareholders didn't seem to take that to heart until they saw it hit their dividend payments directly. 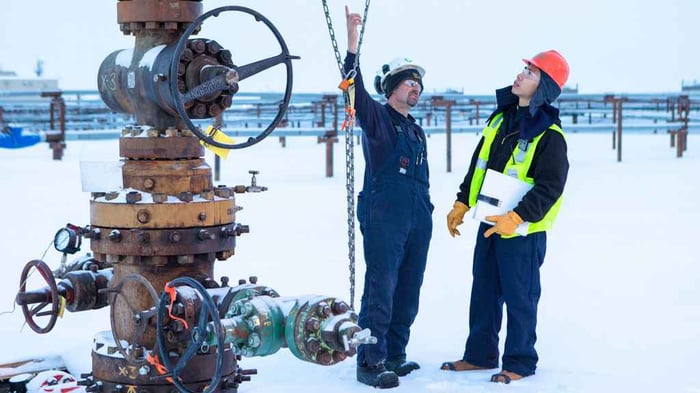 Spirit AeroSystems Holdings saw its stock drop 5% following bad news from one of its key customers. Boeing (BA -4.95%) announced that it would curtail production of its 737 MAX line of aircraft at least temporarily, reducing planned volume from 52 to 42 aircraft per month starting later in April. The move comes as existing 737 MAX airplanes are still grounded following the two crashes involving the model over the past six months. For Spirit, which makes a variety of parts, systems, and components for Boeing, lower production means less revenue from providing key materials for the aircraft's manufacture. Most believe that the 737 MAX will eventually fly again, but even the change in timing could hit Spirit hard in the short run.

Finally, shares of Roku closed lower by 4%. The streaming television specialist got negative comments from analysts at Citi, who cut their rating from neutral to sell and reduced the previous price target by $3 to $50. Citi believes that Roku faces tough competition from existing players in the streaming-video space, as well as from companies looking to enter the industry for the first time, and Roku is also showing signs of having challenges in hiring high-quality employees without making extremely large stock-based compensation grants. With the stock having soared recently, it's no surprise to see Roku giving back at least a small portion of those gains.