Please ensure Javascript is enabled for purposes of website accessibility
Log In Help Join The Motley Fool
Free Article Join Over 1 Million Premium Members And Get More In-Depth Stock Guidance and Research
By John Bromels - Aug 11, 2019 at 1:03AM

The good times for the oil trust may be coming to a close.

The stock's fall, combined with a dividend increase over the prior quarter, helped to boost the trust's dividend yield to an astonishing 36.8%. However, don't rush out and buy shares based on that number. There's a lot of context you need to know. 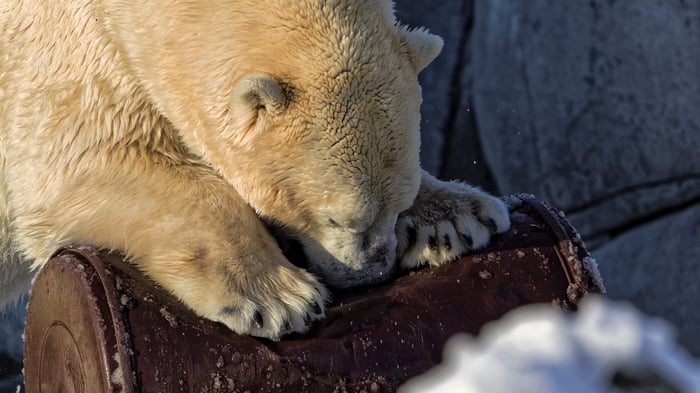 BP Prudhoe Bay Royalty Trust has a top yield, but it may not last long. Image source: Getty Images.

BP Prudhoe Bay Royalty Trust is structured so that its income is fixed: The trust receives a royalty on the first 90,000 barrels of oil per day pumped out of BP's Prudhoe Bay assets. So any potential increase in production wouldn't matter to investors. After paying the trust's minimal expenses, investors receive the rest of the money as dividends. When West Texas Intermediate (WTI) crude oil prices are high, the trust receives a higher royalty and pays more in dividends. When WTI crude prices are low, the opposite happens. And crude prices have been much lower so far in 2019 than in 2018. The trust is also increasing its cash reserves, which has an impact on the payout as well.

With the dividend payout substantially lower for a second consecutive quarter, it's likely that investors are just giving up and deciding to put their money elsewhere.

A 36.8% yield might look very tempting, but remember, the payout isn't fixed, so that yield is guaranteed to fluctuate with oil prices, which have been volatile recently.

Another reason to be wary of that big yield is that the amount of oil BP can extract from Prudhoe Bay is finite. If production dips below a certain level, the trust will simply liquidate, which would cause the share price to suddenly plunge. That could come as early as this year, but BP's current estimates indicate it may not happen until 2022. Either way, this is going to be a short-lived investment with no guarantees. Buy at your own risk.