Agenus, like many other cancer drugmakers, appears to be perking up in response to Eli Lilly's (LLY 0.15%) $8 billion buyout of Loxo Oncology (LOXO) that was announced before the opening bell today. Lilly is reportedly paying a nearly 70% premium compared with where the drugmaker's shares closed last Friday. 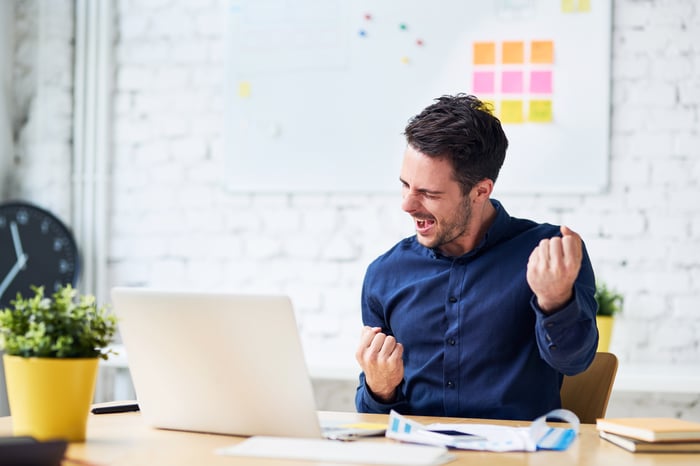 Given that Lilly is the second big pharma to pay a huge premium for a cancer-focused acquisition within just a week's time, investors seem to be speculating that there will be more deals forthcoming in this red-hot space and that Agenus could be at the top of this list.

Agenus, after all, sports a robust anti-cancer checkpoint inhibitor platform that has already attracted partnerships with biopharma heavyweights like Incyte (INCY 2.24%), Gilead Sciences (GILD 0.89%), and Merck. In fact, Incyte and Gilead both own sizable equity stakes in Agenus, perhaps setting the stage for a bidding war somewhere down the road.

While Lilly's decision to pay up to acquire Loxo is certainly welcome news for biopharma investors in general, Agenus' shareholders may want to temper their expectations regarding a possible buyout for the time being. The company's checkpoint inhibitor pipeline and its two most important collaborations in this area -- with Incyte and Gilead -- are years away from producing a commercial-stage product, after all.

In other words, there's no pressing reason for either Incyte or Gilead to force the issue at this point from a dealmaking standpoint. And the fact that Agenus already has two major stakeholders in the picture may scare away any interested third parties.

That said, Agenus has made demonstrable strides toward becoming a viable player in the high-value checkpoint inhibitor space over the past four years. Its stock, therefore, arguably deserves serious consideration solely for its promising anti-cancer pipeline -- irrespective of its prospects as a buyout candidate.