As ABB sells a less profitable division, Merrill Lynch rates it a buy.

I have a confession to make: Although I own a lot of U.S. stocks, Swiss-run robotics concern ABB (ABB -0.32%) is one of my favorite international stocks -- and now it turns out that Merrill Lynch likes it, too.

This morning, Merrill Lynch announced it is upgrading the Zurich-based heavy industrialist from neutral to buy. But as for why Merrill decided to upgrade... 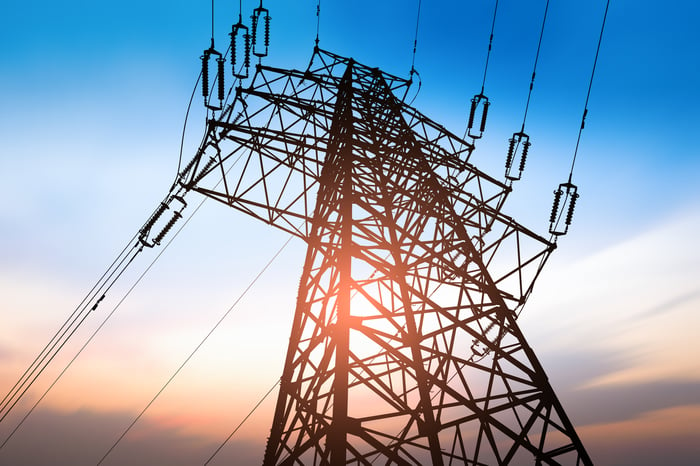 Switzerland's ABB no longer wants to be involved in this kind of business. Image source: Getty Images.

Why so shy, Merrill Lynch?

... we really don't know a lot. So far, two of the best outfits for tracking Wall Street upgrades and downgrades -- StreetInsider.com and TheFly.com -- both confirm that the upgrade happened. Neither site, however, has any details on the rationale for Merrill Lynch's upgrade, or even so much as a price target.

This suggests to me that Merrill hasn't made those reasons public. But even so, I don't think we have to try too hard to figure out what's behind this upgrade.

A "C" change for ABB

Valued at just under $41 billion, with annual sales of $36 billion, ABB is an international, large-cap heavy-industry stock. Currently, the company operates through four main divisions: industrial automation (for example, via control systems and measurement products), robotics and motion (my favorite division), electrification products (including for electric trains), and power grids.

Three weeks ago, however, ABB announced a real sea change in its business: It's selling its entire power grids business -- currently its biggest business unit by revenue at $10.4 billion in sales last fiscal year -- to Japan's Hitachi in a deal valued at $11 billion in cash and assumed debt. This sale won't be immediate -- it's not expected to close before H1 2020. Nor will it be all in one go; ABB plans to first sell an 80.1% stake in power grids to Hitachi, then sell the final 19.9% at some point in the next three years.

These details aside, the deal will eventually generate $7.6 billion to $7.8 billion in cash (after fees and taxes) for ABB -- cash that the company plans to return to shareholders "in an expeditious and efficient manner through share buyback or similar mechanism."

And that's not the only upside investors can find in ABB's restructuring.

By dispensing with power grids, ABB will lose about 30% of its annual revenue -- but only 24% of annual profits. This is because, out of ABB's four main divisions, power grids are by far the least profitable.

S&P Global Market Intelligence data show that in fiscal 2017, ABB power grids earned a pre-tax operating profit margin of less than 9.4% -- versus an overall 12% profit margin for ABB as a whole. Thus, once ABB sells its power grids, it can expect to receive a significant bump in its overall profit margin. Despite this fact, the enterprise value price ABB is getting for power grids -- roughly 1.1 times annual sales -- isn't that much worse than the 1.3 times sales enterprise value that ABB as a whole commands.

Simply put, ABB is getting at least a fair price, and arguably a good price, for the division. And once power grids are gone, ABB will emerge as a more streamlined, more nimble business at the end of the process -- and one more heavily weighted toward the growth industry of robotics.

Why this is good news for shareholders

Why is that important? Not to put too fine a point on it, but ABB's robotics and motion division is currently the only one of the company's four divisions that is growing. Admittedly, robotics sales are only up a modest 2% over the past couple of years. However, that's still better than ABB's 2% decline in electrification products sales, the 4% decline in industrial automation, or the 17% decline in power grid sales over the same period.

The way I see it, ABB is cashing out of a low-margin business in decline, and gaining billions of dollars in exchange, then turning around and handing that cash back to its shareholders. Seems like a good deal to me -- and like a good reason for Merrill Lynch to upgrade ABB's stock.