Intelsat stock saw a double-digit decline last month, but it closed out the year up more than 500%.

Shares of Intelsat S.A. (INTE.Q) dipped 14% in December, according to data from S&P Global Market Intelligence. There wasn't any big company-specific news behind the decline, but sell-offs for the broader market still dragged on the otherwise high-flying satellite communications company. 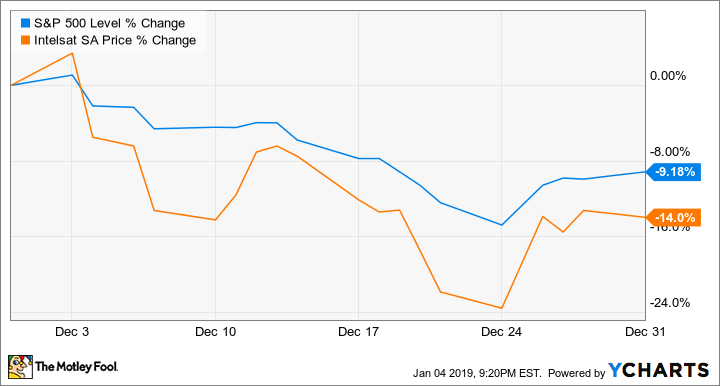 After a year of incredible gains that saw its stock climb roughly 530%, Intelsat moved roughly in line with the S&P 500 index in December. The stock has been on an absolute tear thanks to the possibility that mid-range wireless spectrum supplied by its satellites will be opened up for commercial 5G network use -- paving the way for a new and profitable revenue stream for Intelsat. 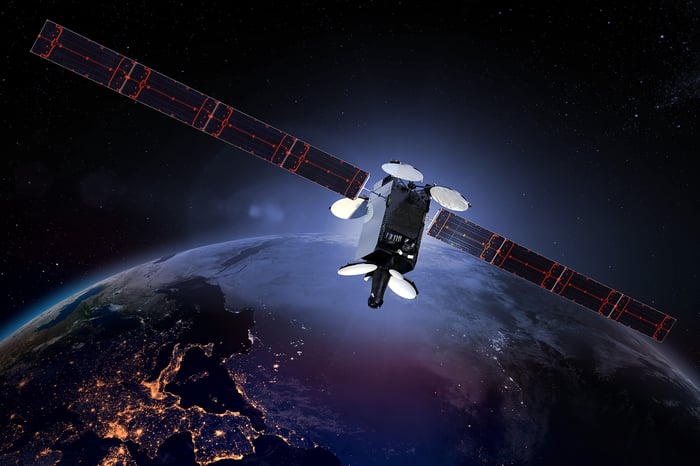 Intelsat's massive gains in 2018 put its relatively small December slide in context. Given the rapid pace at which the company's valuation climbed last year, it's impressive how resilient the stock has been amid recent volatility for the broader market.

While the news did not have as much impact on the company's stock price as movements in the broader market last month, Intelsat did profile a couple of new business developments. The company published a press release on Dec. 13 detailing its launch of FlexAir, an in-flight broadband service for military and government aircraft. This news was paired with another press release stating that it had partnered with COMSAT to market FlexAir and incorporate it into its suite of communications offerings.

Intelsat has regained some of the ground it ceded last month early in 2019, with shares up roughly 8.8% in January's trading so far. 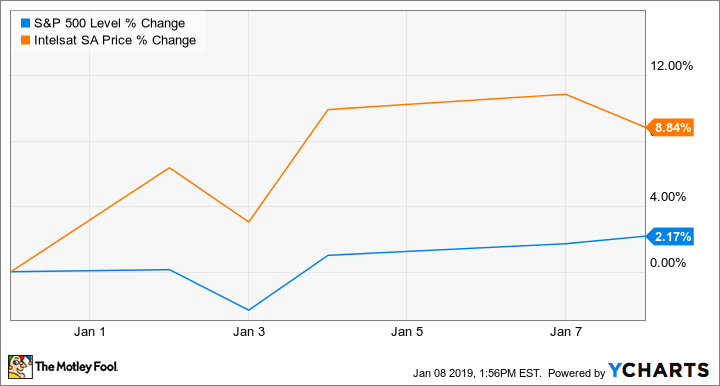 Early comments from the FCC have seemed to suggest a strong possibility that the company's wireless communications proposal will accepted in large part, but there has yet to be a definitive ruling on the matter. Things seem to be falling Intelsat's way, and the stock could continue to post big gains if regulatory agencies open the doors to the company providing spectrum for 5G connections and the company executes efficiently. However, investors should also proceed with the understanding that it's not guaranteed it will play out that way -- and the big expectations that have powered Intelsat's massive gains have also heightened risk.