Shares of Intelsat (OTC:INTE.Q) declined a stomach-churning 67.1% in 2019, according to data from S&P Global Market Intelligence, as the Federal Communications Commission (FCC) appeared to scuttle the satellite communication's company's efforts to -- along with other members of the C-Brand Alliance (CBA) -- hold a private auction to sell their C-brand spectrum assets to 5G internet providers. 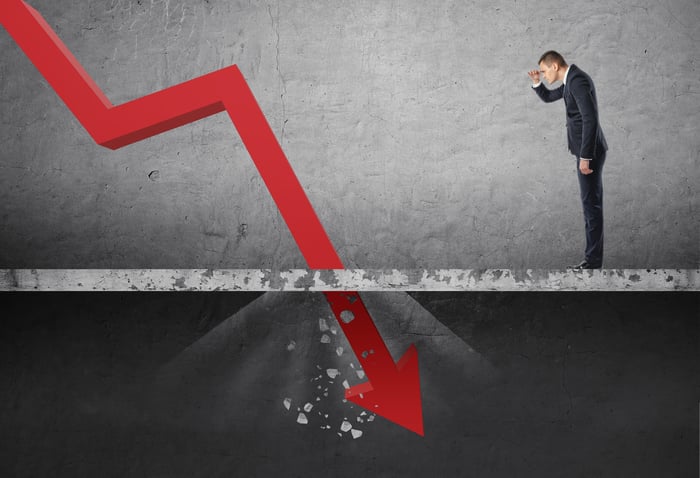 To be sure, Intelsat stock's extreme volatility last year was consistently tied to either worries or optimism surrounding the possibility of a deal that would help it to monetize its substantial wireless spectrum assets. Shares rose as much as 20% on Nov. 15 alone after the CBA offered a seemingly enticing deal to share a large slice of any proceeds from the proposed private auction with the U.S. Treasury.

Only a few days later, however, Intelsat shares endured virtually all of last year's decline over the course of only a few days after FCC Chairman Ajit Pai tweeted his support for a public auction of C-band spectrum assets. Make no mistake, a public auction could drastically delay any potential sale. In addition, as fellow Fool Rich Smith pointed out, there's concern among investors that the U.S. government could move to appropriate a significant piece of the resulting profits for itself.

Intelsat shares ticked steadily higher in the wake of that November plunge. But they still sit far below last year's highs given the lack of resolution regarding any C-band auction, whether private or public. So while I'll admit that not taking advantage of this drop might mean missing out on a rapid rebound should the situation turn in Intelsat's favor, I'm content remaining on the sidelines as this story plays out.