It's that time again. Healthcare companies and investors flock to San Francisco for the annual J.P. Morgan Healthcare Conference. Sometimes these companies enjoy a nice bump in their stock price as a result of their presentations at the industry's premier conference. Not all of them do, though.

lllumina (NASDAQ:ILMN) CEO Francis deSouza spoke at the J.P. Morgan conference on Monday evening. Shares of Illumina dropped around 7% on Tuesday morning. Investors didn't appear to like what he had to say. But they should have. 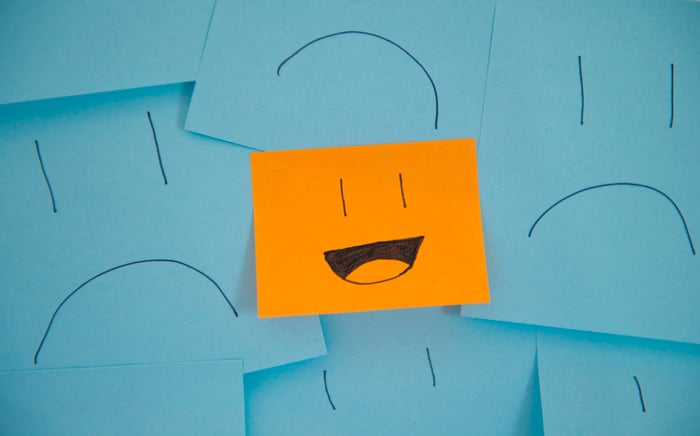 Early in his presentation, Francis deSouza talked about Illumina's guidance for 2019. The consensus among Wall Street analysts was that the company would generate revenue of $3.81 billion this year. DeSouza, however, said that Illumina expects to make between $3.76 billion and $3.8 billion in 2019, representing year-over-year growth of 13% to 14%.

DeSouza stated that Illumina's guidance reflects "a cautious view of the consumer opportunity," a reference to consumer genomics products offered by customers such as Ancestry and 23andMe.  He also said that total revenue will likely be "more back-end-loaded in 2019 than it was in 2018."

One one hand, a moderate sell-off on lower-than-expected revenue guidance isn't surprising. Illumina's shares trade at a premium valuation. Any blip can cause its stock to fall.

On the other hand, though, Illumina's guidance of between $6.50 and $6.65 in non-GAAP earnings per share (EPS) in 2019 topped what analysts expected. The average estimate among analysts called for Illumina's EPS to be around $6.37.

A much bigger story

Beyond Illumina's encouraging earnings guidance, though, there's a much bigger story that should make investors really like what deSouza had to say at the J.P. Morgan conference. One statement that he made sums up that story pretty well: "We are at the very beginning."

DeSouza meant that the genomics revolution is still in its infancy. And Illumina's growth is still in its early stages. He mentioned three statistics that underscore his point:

These low percentages should translate to high levels of growth for Illumina for a long time to come. DeSouza said that in the future, "the ubiquity and impact of genomics will dwarf everything we've seen to date." Genomic sequencing won't be limited to just labs. It will affect millions and even billions of people every day.

The company plans to launch a second version of its VeriSeq NIPT product in the first half of 2019 that will nearly double the detection of genetic abnormalities. Illumina's spin-off, Helix, has teamed up with the prestigious Mayo Clinic on GeneGuide, a product that enables individuals to see their risk for specific genetic diseases.

Illumina developed its TruSight Oncology 500 test that standardizes DNA cancer testing of tissues and is working on a version that uses blood samples. It's working with countries across the world on population genomics initiatives that involve the sequencing of hundreds of thousands of individuals. And the most successful consumer genomics companies use Illumina's technology, with deSouza stating that business is picking up in emerging markets outside of the U.S.

The best line of the day

DeSouza was right. It truly is only the beginning for Illumina. But it's been a great beginning.

The company has achieved 20 consecutive years of revenue growth. It's been at the forefront of helping lower the cost of sequencing a human genome from $100 million (and more) in the early part of the 21st century to around $1,000 today. And the number of genomes sequenced has soared to around 1.5 million.

Perhaps the best line of the day was deSouza's comment that 100 petabytes (that's 1 million gigabytes) of sequencing data was generated last year using Illumina's systems -- "around 25 times the size of Netflix's entire catalog." What he didn't say, though, was that Illumina's "catalog" will prove to be much more transformational than Netflix's will over the long run.

That's something that investors should focus on a lot more than revenue guidance $10 million to $50 million below what analysts projected.