The specialty retailer is being sold off on fears rather than anything it's actually reported yet.

Shares in Tractor Supply (TSCO 2.11%) fell 12.3% in December according to data provided by S&P Global Market Intelligence. The decline marred an otherwise strong year (the stock rose more than 11% in 2018) for the rural lifestyle retailer -- a company seen as relatively immune from the pervasive threat of Amazon.

Clearly, something spooked the market, but it wasn't anything to do with what the company has reported as of yet -- the third-quarter results delivered in October saw the company's comparable-store sales increasing 5.1% with average ticket sales up 3.6%. 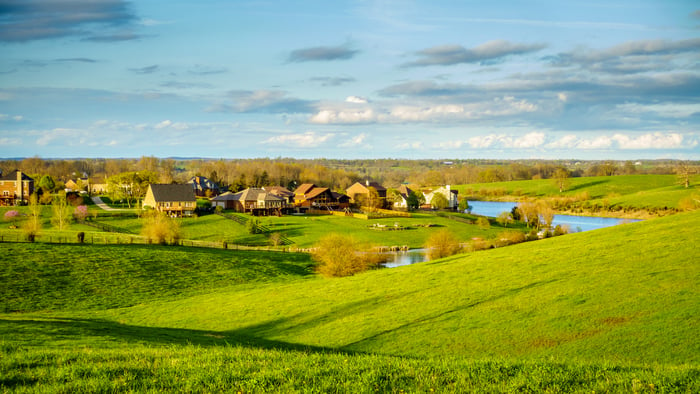 The third quarter continued the trend of the second quarter in that management noted an increased willingness from customers to buy big-ticket items. So, what went wrong in December?

The answer probably lies in negative sentiment regarding the trade conflict between China and the U.S., and in particular its impact on agriculture. China is the single biggest export customer for U.S. soybean, and the crop has been front and center in the trade dispute. If farmers' income falls due to the imposition of tariffs by China, then companies like Deere (DE 4.49%) and Tractor Supply's sales will likely come under pressure.

The key point, here, is to differentiate between reality and speculation. The partial rapprochement between Xi and President Trump at the end of November has led to China resuming purchasing soybeans, according to the United States Department of Agriculture. Moreover, even if China decides to continue imposing tariffs, U.S. farmers can sell into the markets other soybean producers are no longer selling into because China is buying more soybean from them, such as Brazil.

However, markets don't like uncertainty, and there hasn't been a comprehensive resolution to the trade conflict as yet, so it's understandable if some investors' first reaction is to sell off the stock.

For investors unperturbed by the trade dispute and its consequences for rural and agricultural communities, the sell-off presents a decent buying opportunity into Tractor Supply and Deere. In any case, there's a strong case for the argument that fears over tariffs are overblown -- Deere's management believes that strength in crops like wheat, corn, and cotton will more than offset weakness in soybean, and the company's management is forecasting that U.S. farm cash receipts will be roughly flat in 2019.

All told, the fall in Tractor Supply's stock price is providing a useful entry point for contrarian-minded investors to buy into a company that, so far at least, has good sales and earnings momentum behind it.

How Should Investors Play the Domestic Agriculture Sector?