Will Roku maintain its lead over its bigger tech rivals, or will they box it into a corner?

Roku CEO Anthony Wood attributed the robust growth to "consumers' growing enthusiasm for streaming," and the fact that Roku maintained its "leadership in streaming players, licensed smart TVs and TV streaming hours" -- despite growing competition from Amazon (AMZN 1.64%), Apple (AAPL 1.61%), and other rivals. 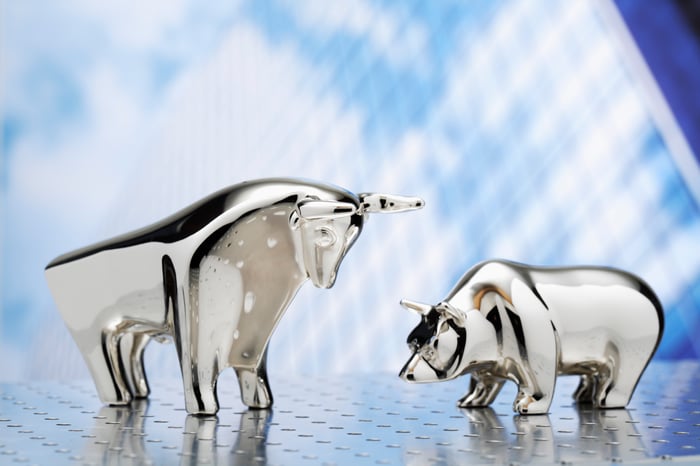 Still, a day after Roku's update, short-seller Citron Research warned investors to "consider the risk" as the company faces fresh competition on multiple fronts. Citron previously shorted the stock from $50 to $35 before turning bullish, so its abrupt warning stole some of Roku's thunder.

Are the bulls or bears right about this divisive stock?

What the bulls will tell you...

Roku faces myriad competitors, but it still dominated the U.S. streaming device market with a 37% share as of early 2018, according to Parks Associates. Amazon ranked second with a 28% share, and Apple came in third with a 15% share.

Bulls generally believe that the growth of the higher-margin platform business will offset the slower growth of Roku's lower-margin player business over the long term and buoy its bottom-line growth. Here's how those two businesses fared in the first three quarters of 2018.

These growth rates look healthy, even for the device side of the business. Growth in active accounts and streaming hours also indicate that Roku's ecosystem is "stickier" than the bears believe:

Roku's forecast for 27 million active accounts and 7.3 billion streaming hours in the fourth quarter indicates that its growth isn't slowing down. Moreover, Roku's average revenue per user (ARPU) has steadily risen over the past year:

All of these metrics indicate that Roku's revenue growth should keep rising as it locks users into its ecosystem with fresh partnerships -- like its ESPN+ partnership with Disney, the introduction of the Roku Channel on select Samsung smart TVs, and new premium channels for pay-TV networks.

Analysts estimate that Roku's revenue rose 42% in 2018 and will increase 35% this year. Those are solid growth rates for a stock that trades at roughly six times this year's sales. 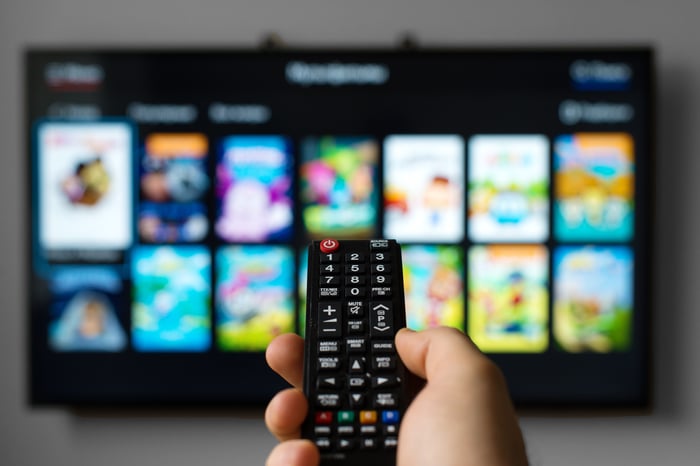 What the bears will tell you...

During last quarter's conference call, Roku CFO Steve Louden warned that holiday promotions for players and a shift toward video ads would cause sequential gross margin declines for both the player and platform businesses in the fourth quarter.

My take: Stay on the sidelines

Roku is holding up remarkably well against the competition, but I'm concerned that much of its fourth-quarter growth was fueled by heavy holiday promotions. Maybe I'll be proven wrong by Roku's fourth-quarter report in February, but I simply don't see enough compelling reasons to buy this stock when other more promising growth plays are still on sale.